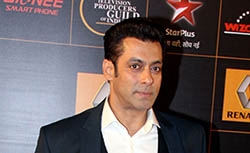 The ‘Dhoom’ series definitely has a lot of oomph to look forward to, more so for the baddies in the film. The series has done wonders for all the baddies that have been a part of the franchise. It started with John Abraham and the cool bikes to Hrithik Roshan, who raised the bar so high that none other than Aamir Khan, the veteran had to come down to take the franchise forward with ‘Dhoom 3’.

After the earth-shattering business that the film has done, now there are talks about taking the ‘Dhoom’ brand forward and making it bigger and better than it ever was. Talks of Salman Khan being roped in to don the role of the bad boy in the film are rife and if all goes well, Salman would apparently be seen with Jai and Ali, Abhishek Bachchan and Uday Chopra chasing him throughout the film.

Aamir has left way shoes that are way too big for anyone to fill up and now it is for Salman Khan, the superstar, to evidently take the legacy forward. Keeping fingers crossed, let’s hope Salman gives his nod to ‘Dhoom 4’…