Delhi Police has rejected permission to stand-up comedian Munawar Faruqui to perform his August 28 scheduled show in the national capital.

The licensing unit of the Delhi Police denied the permission after the local central district police wrote a report stating that "the show will affect communal harmony in the area."

The Vishwa Hindu Parishad (VHP) had on August 25 written to the Delhi Police Commissioner Sanjay Arora to cancel Faruqui's show.

In its letter, the VHP alleged that "Communal tension arose in Bhagyanagar because of Munawar's jokes on Hindu Gods." The VHP letter further said that if the show is not cancelled members of the VHP and Bajrang Dal will hold protests.

The Telangana BJP chief Bandi Sanjay Kumar had given a call to boycott the show alleging that Faruqui mocked Hindu Gods.

Earlier this week, suspended Telangana BJP MLA T Raja Singh was arrested by the state police for his remarks on the Prophet in a video posted on social media. Singh said his video was in response to the show held in Hyderabad by Faruqui.

Protests erupted in Telangana following Singh's alleged remarks on the Prophet. He was arrested first on Tuesday and was released following court orders. On August 25 the MLA from the Goshamahal constituency was arrested for the second time.

Earlier Faruqui's show in Bengaluru, was cancelled by the city police for the second time, who said organisers had not taken prior permission to hold the event. 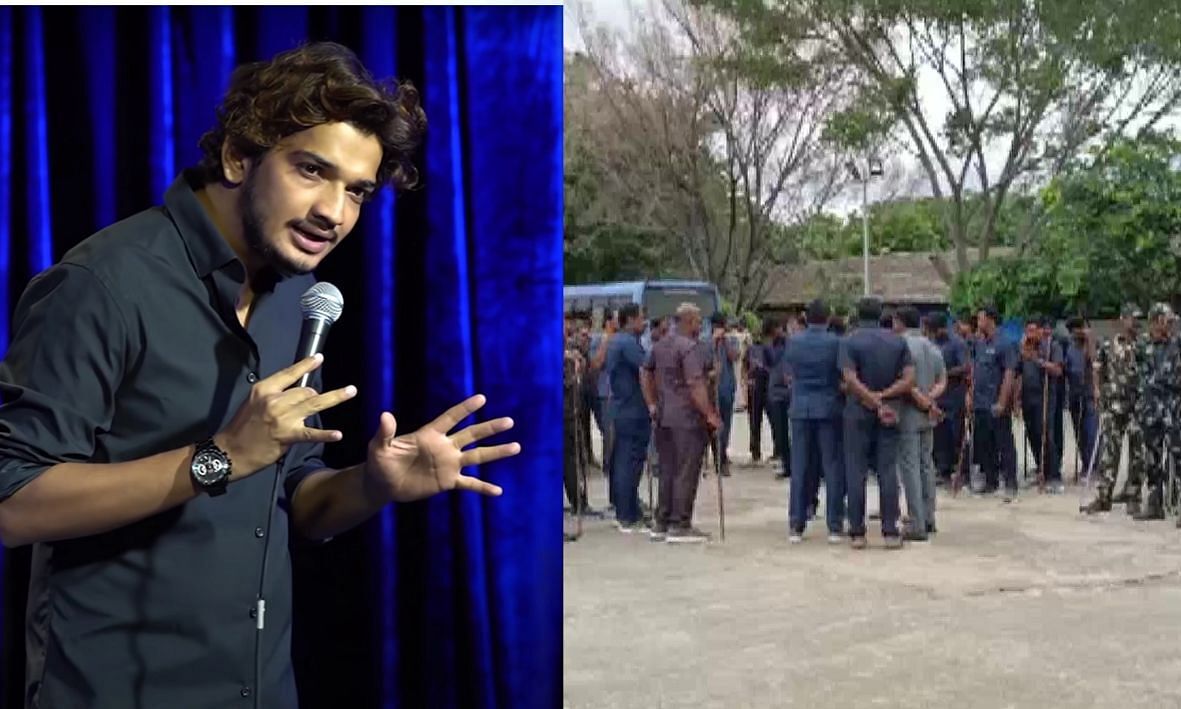 Earlier this year in May Faruqui participated in the Kangana Ranaut-hosted reality show 'Lock-Upp' and won the winner trophy after receiving more than 18 lakh votes.

On January 1 this year, Faruqui and four others were arrested by Madhya Pradesh police following a complaint by Eklavya Singh Gaud, son of BJP MLA Malini Laxman Singh Gaud that objectionable remarks about Hindu deities as well as Union Home Minister Amit Shah were passed during a comedy show at a cafe in Indore on New Year's Day. He was later released on bail.