David Fincher, Ben Affleck to remake ‘Strangers on a Train’ 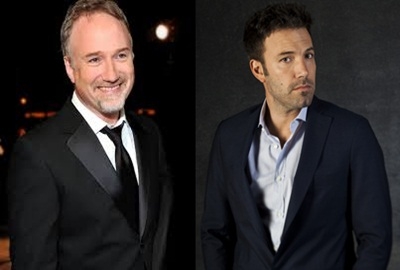 Los Angeles: The hit team behind ‘Gone Girl’ — director David Fincher, actor Ben Affleck and screenwriter Gillian Flynn — are set to reunite for a remake of Alfred Hitchcock’s 1951 classic ‘Strangers on a Train’.

The project, under the working title Strangers, will see Affleck play a character similar to Farley Granger’s tennis star who meets a charming psychopath. Fincher’s version would be a more modern take on the story, said the Hollywood Reporter.

The 1951 film was an adaptation of the Patricia Highsmith novel, and starred Granger, Ruth Roman and Robert Walker.

Fincher and Flynn collaborated successfully on the latter’s dark and twisted novel about a charming but dangerous wife, who takes revenge on her cheating husband by disappearing and then framing him of her murder.

Fincher and Flynn are also working on HBO drama Utopia together.

Affleck has a busy schedule as he is slated to next star as the Caped Crusader in ‘Batman v Superman: Dawn of Justice’. His other attachment include ‘The Accountant’ and ‘Live By Night’, which he will direct as well.