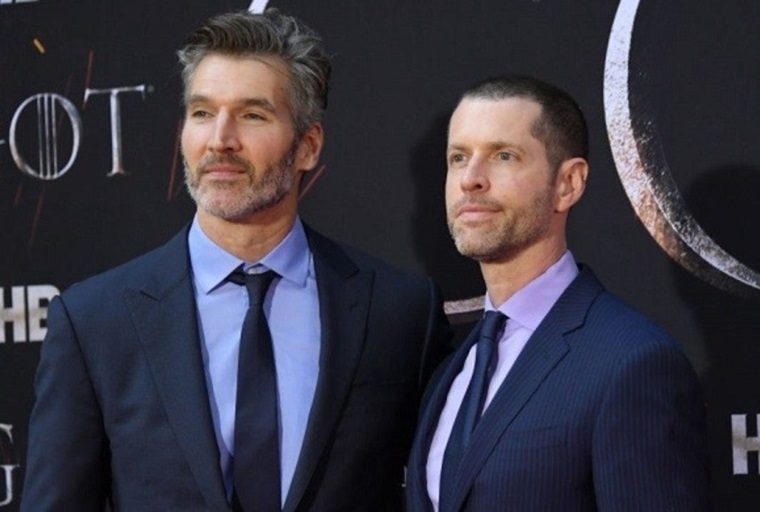 Game of Thrones may have ended on a controversial note, as fans did not appreciate the final season, the directors- David Benioff and D.B. Weiss may still be facing the brunt on a professional level.

The two have exited their deal with Lucasfilm to develop a new "Star Wars" trilogy. It was earlier confirmed that the duo are actively working on the new trilogy, which will follow the upcoming "The Rise of Skywalker". The first installment was expected to bow out in 2022.

But their new multi-year deal with streamer Netflix proved to be a hindrance, following which they decided to opt out of their pact with Lucasfilm, reported Deadline.

The pair released a statement:

“We love Star Wars…When George Lucas built it, he built us too. Getting to talk about Star Wars with him and the current Star Wars team was the thrill of a lifetime, and we will always be indebted to the saga that changed everything…There are only so many hours in the day, and we felt we could not do justice to both Star Wars and our Netflix projects. So we are regretfully stepping away.”

Lucasfilm president Kathleen Kennedy was equally gracious in her statement:

“David Benioff and Dan Weiss are incredible storytellers. We hope to include them in the journey forward when they are able to step away from their busy schedule to focus on Star Wars.”

Benioff and Weiss were announced as working on a new trilogy of the beloved sci-fi franchise from Lucasfilm last year.

They were identified by Kennedy as being a part of discussions over the next decade's slate of "Star Wars" stories. However, Benioff and Weiss were not the only ones working on a follow-up "Star Wars" trilogy.

Filmmaker Rian Johnson, who directed the franchise's 2017 movie "The Last Jedi", is also set to develop a follow-up trilogy that is expected to centre around new characters.

Besides, the studio has lined-up a number of spin-off projects -- "The Mandalorian", an Obi-Wan Kenobi series and "Rogue One" prequel show -- that are set to bow out on its parent company Disney's upcoming streaming service Disney+.