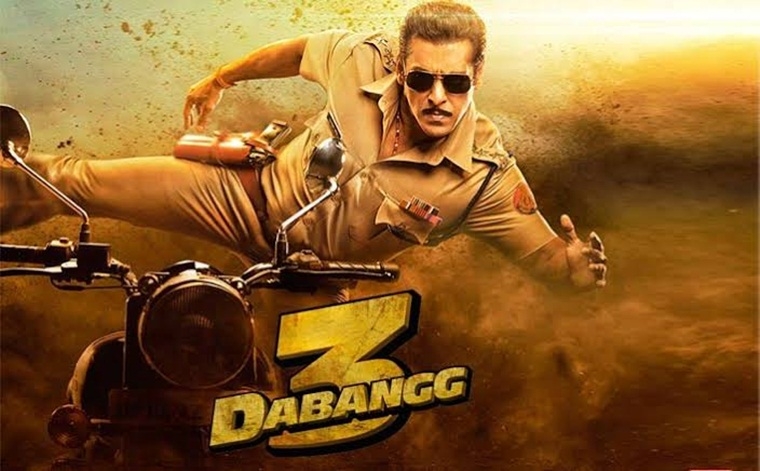 Salman Khan-starrer Dabangg 3 which released on Friday, had a sluggish response on its first day. Dabangg 3 collected an approximate Rs 22-23 crores nett on day one, according to a report in Box Office India.

According to a report in Box Office India, the collections look in the range of 22-23 crore nett at the moment but that could go towards 24 crore nett plus as the Mumbai / Maharashtra collections come and these areas have a lesser law and order problem as compared to other places especially Delhi NCR and UP. The film actually looked like it had a good chance of 25 crore nett at around 4pm but then post 5pm the collections slowed as theatres at many places shut early.Dabangg 3 "Dabangg 3" will also be available on big screen in certain interior villages of Maharashtra that have no cinema halls, thanks to the mobile digital movie theatre technology. Put simply, the technology pertains to inflatable theatres that can be carried and set up anywhere. The technology will take the film to remote places in the districts of Vaduth, Satara and Tasgaon and Sangli, where there are no digital theatres.

These mobile theatres put up by Picture Time Digiplex, a mobile theatre company, in collaboration with Cinemawale, which uses these theatres to take films to rural areas with no theatre screens. Most of these portable cinema halls are 150-seaters and are equipped with air-conditioning facility and 5.1 Dolby sound system. Picture Time shall host three to four screenings of 'Dabangg 3' in a day.

The film has also had a release in Tamil, Telugu and Kannada. Directed by Prabhudeva, "Dabangg 3" also features Sudeep, Sonakshi Sinha, debutant Saiee Manjrekar and Pankaj Tripathi among others.