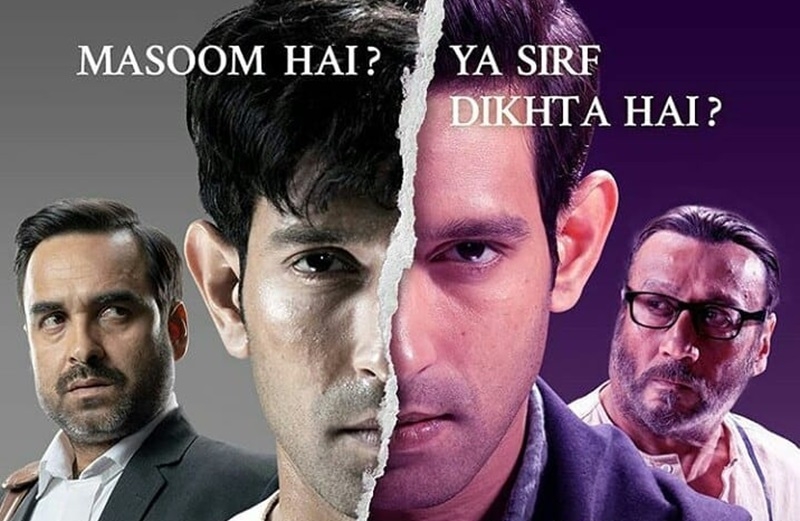 Only 15 minutes into this crime drama, and I was hooked. This, despite having seen the BBC series of the same name and also the HBO film “The Night Of” in which Riz Ahmed played the cabbie who ends up in bed with a troubled female passenger and finds her dead next to him the next morning.

The always-interesting Vikrant Massey slips into Riz Ahmed’s role, played by Ben Whishaw in the original BBC series. All three are extraordinary in portraying the traumatized murder accused who is actually a victim. But Vikrant has an edge as far as projecting vulnerability is concerned.

Right from the start when his interest in his hyper-strung passenger aggravates into passionate sex, to his arrest and his nightmarish experiences in jail (where he is nearly raped), Vikrant strips himself naked emotionally and physically, to play a man who never dreamt he would be in jail.

The original idea is never thrust rudely into the ‘desi’ remake. Directors Tigmasnhu Dhulia and Vishal Furia work their way organically through the crime drama, imbuing the inherent thrills of the plot with a sense of bridled curiosity. We already know the plot. But we want to see how the adaptation has moved away from the original BBC series and the HBO mini-series.

“Criminal Justice” never falls short of expectations. There is an admirable fluidity in the storytelling as we journey through hell with the protagonist Aditya. Having a bunch of the most accomplished actors available to mankind, helps give the ten episodes an irresistible heft.

While every actor is in-sync with the dark, gripping mood of a crime that isn’t as simple as it seems, no one gets it better than Pankaj Tripathi. Playing a sleazy low-down lawyer slumming it out at police stations pimping for desperate clients, Pankaj brings to his character a moral centre in spite of his seeming dissipation. It is an astounding performance filled with a sense of desperate anxiety and squalor.

“Criminal Justice” plays out the crime investigation, courtroom intrigue and prison horror in bouts of brilliantly written scenes (by Shridhar Raghavan). The writing is in fact, far superior to that in the overrated “Sacred Games”. What “Criminal Justice” tells us about the subverted judicial system is far more relevant than the ‘thriller’ intentions that play out on the surface of this edge-of-the-seat crime drama.