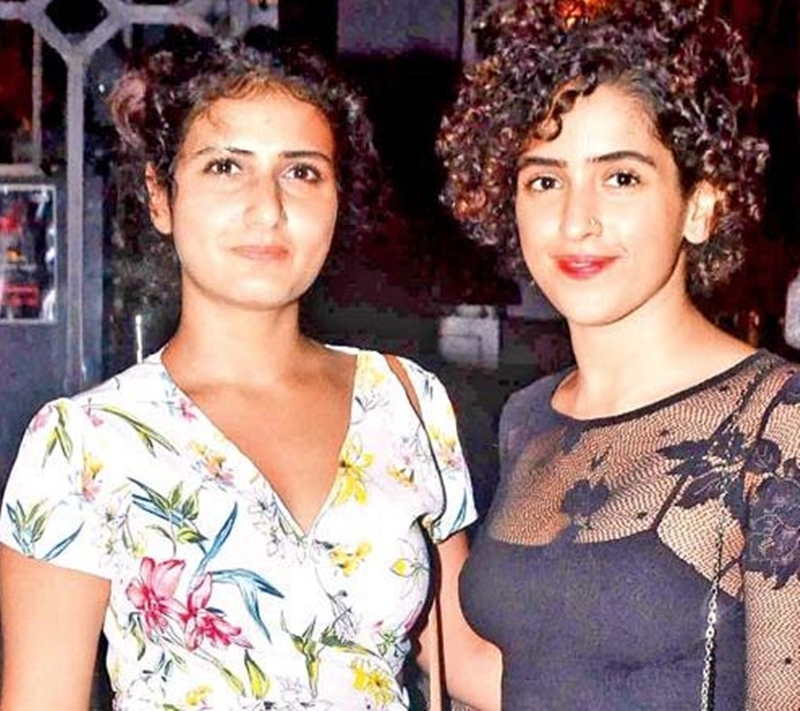 Sanya Malhotra, the Dangal girl is all set for the release of her next film, Badhaai Ho. The actress who was last seen in Pathaka has been often questioned that why unlike her contemporary Fatima, she opted for de-glam role and serious films. “I think it was my personal decision to do such films. I never discuss my scripts with anyone so there’s no influence in it. First of all I really wanted to work with Vishal Ji and Pathaka happened post Badhaai Ho. As an actor Pathaka really excited me creatively. I knew that I can learn a lot about acting by doing a film like Pathaka.” Said Fatima.

So does people comparing her career success ratio with Fatima bothers her, “Its people’s job to compare but that doesn’t affect my work? Comparison and competition used to happen in school. I am really happy that she is doing so great. Both of us started our journey together, I am very happy whenever she gets a brand or a film. We are very close friends. Whatever I am doing I am really happy as I love my job. I am not in a competition with anyone not even with myself. I am really grateful that I got this opportunity as a lot of people don’t get it.”

Reminiscing the time when she got to know that she will be working opposite Ayushmaan, the actress said “I always wanted to work with Ayushmaan. The kind of films that he does, the kind of person he is, it’s really inspiring. The best part he is always in a good mood, not for once I have seen him in a cranky or bad mood. After I saw Shubh mangal savdhan and Barilley Ki Barfi I was like when will I get to work with him? I remember when I got selected for Badhaai Ho, the first call went to Aparshakti who is one of my close friend and I was like yes I am doing a film with Ayushmaan Bhaiya, because Aparshakti calls him Bhaiya.”