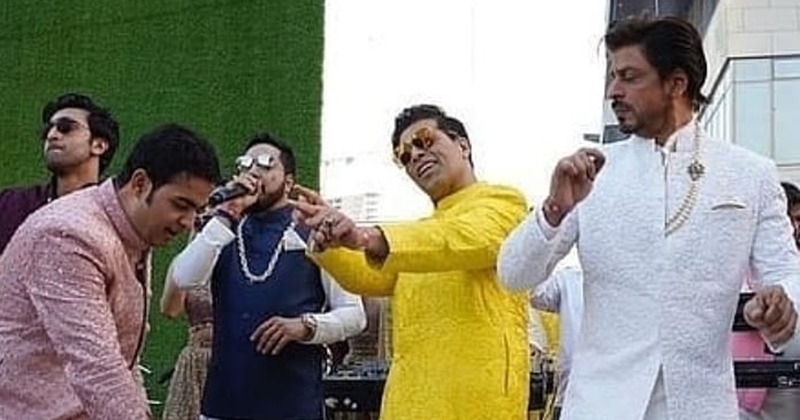 Mumbai: There seems to have been no love lost between filmmaker Karan Johar and cricketer Hardik Pandya after the controversial “Koffee With Karan” episode, as the two celebrities danced away together at the grand Akash Ambani and Shloka Mehta wedding here.

Karan and Hardik were a part of the wedding procession, where actor Ranbir Kapoor and director Ayan Mukerji also let their hair down to Mika Singh’s live singing. Dressed in a bright sherwani, Karan matched steps with Hardik, who chose a cool blue kurta with a sleeveless Nehru jacket at the lively and colourful wedding procession on Saturday.

The dance video, which is doing the rounds on social media, has garnered interest because of the “Koffee With Karan” episode in which Hardik, along with K.L. Rahul made some unsavoury and misogynistic comments on women and received a lot of flak.

Following the episode, the two cricketers were sent home midway through a three-match ODI series in Australia. Karan had later said in an interview that he felt “very responsible” about the repercussions that the two cricketers faced.