Bollywood actors Sidharth Malhotra and Kiara Advani are riding high on the success of their latest film, 'Shershaah'.

Recently, the lead actors appeared on 'The Kapil Sharma Show' to celebrate the success of the film. A few days after the episode was telecast, an uncensored episode from the show has surfaced online.

In the video, host Kapil is seen teasing Sidharth and Kiara who are rumoured to be dating in real life. He asked Sidharth if the kissing scene from the film was his 'creative input' and said "Yeh waise story mein likha tha ya aapki creative input this?"

Sidharth said that 90 per cent of what was shown in 'Shershaah' actually happened in Captain Vikram Batra’s life.

Kapil then said that he is asking about the other 10 per cent, leaving him and Kiara in splits. Responding to him, Sidharth said, "Nahi, nahi, woh bhi sab humne kirdaar ke liye… Karna pada, bohot mushkil se, forced… Zabardasti karna pada (No, no, we did everything for the characters. We had to do it with great difficulty, we were forced)."

While Sidharth and Kiara have maintained that they are just close friends, they are often clicked by the paparazzi together and had even rang in the New Year together in the Maldives.

In a recent interview with ETimes, Sidharth spoke about his relationship with Kiara and commended her dedication as an actor. He revealed he met Kiara for the first time on the sets of 'Lust Stories' that she did with Karan Johar. 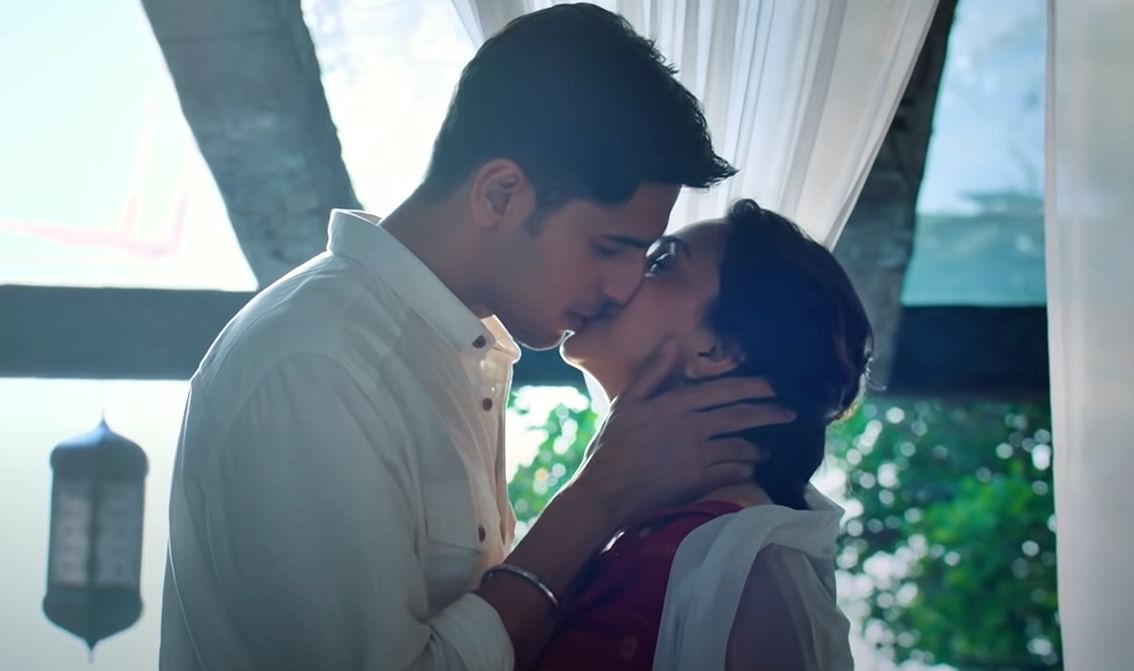 'Would want to do more takes, but she...': Sidharth Malhotra reveals what he admires about Kiara...

He went on to add that on the sets, too, she is instinctive as Sidharth would want to do more takes, but she would be okay with it.

Sidharth further said that on the personal front, there is a sense of regularness to her, which they both connect on. He added that they both have regular lives away from the industry and that is something they connect on and cherish.

Meanwhile, the biographical action drama 'Shershaah' unfolds the events and emotions behind the Kargil war. The movie traces the story of Captain Vikram Batra and Dimple Cheema.

Set in the 1990s, the film also sheds light on the innocence of romance, bringing to screen the fresh and crackling chemistry of Kiara and Sidharth for the first time.