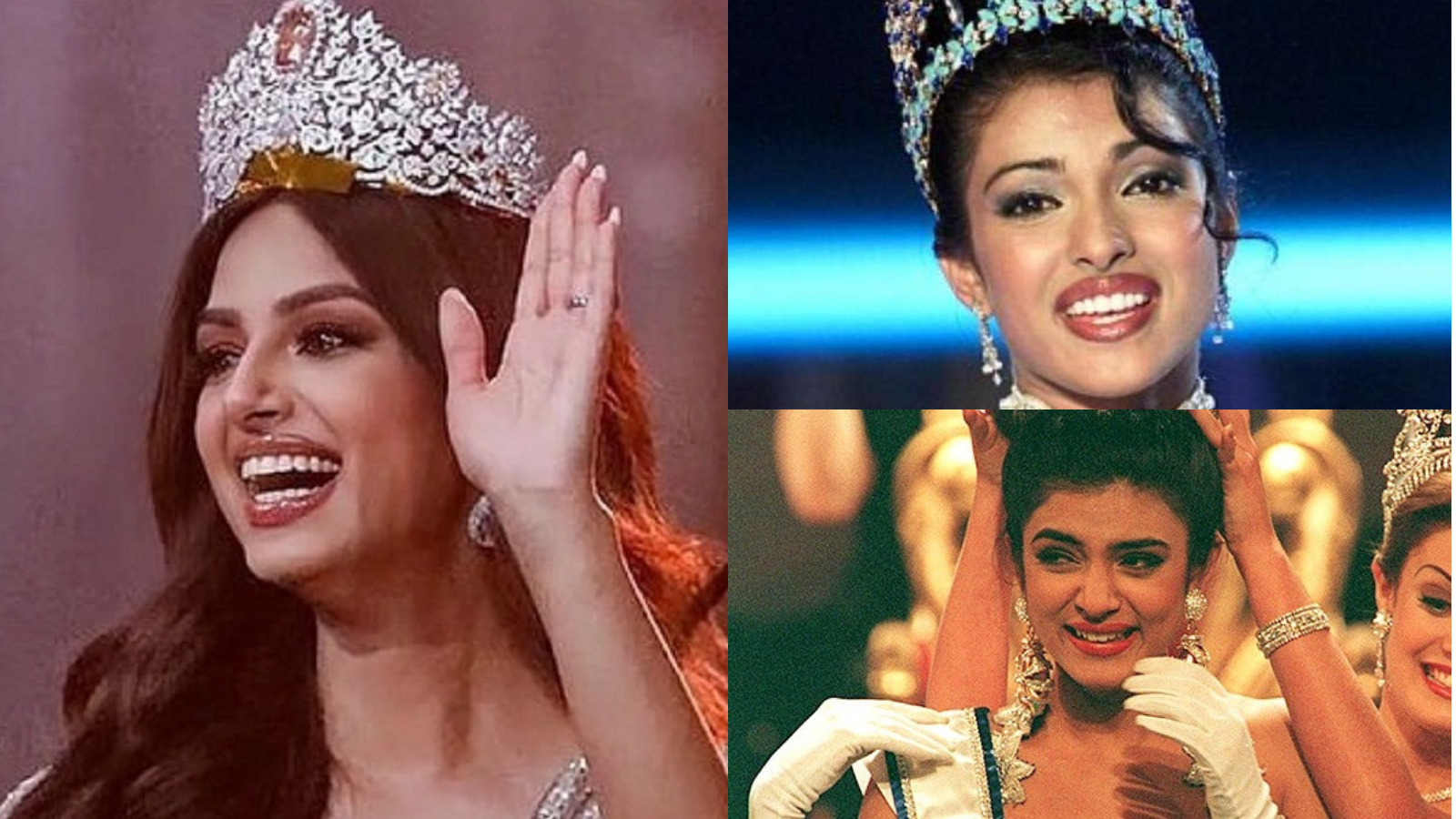 The Chandigarh-based model, who is pursuing her master's degree in public administration, was adjudged Miss Universe 2021 at the 70th edition of the pageant in Eilat, Israel.

Only two Indians before Sandhu have won the title of Miss Universe - actors Sen in 1994 and Dutta in 2000.

Sushmita Sen, the first Indian to win the Miss Universe title, congratulated Sandhu on her win and called her 'Har Hindustani Ki Naz', translating as pride of every Indian.

The "Aarya" star said 21-year-old Sandhu was "destined" to bring back the crown home after the long wait of 21 years.

"Soooooo proud of you! Congratulations @harnaazsandhu_03 Thank you for representing India so beautifully, for bringing back the Miss Universe Crown to India after 21 years (by a 21 year old, you were destined)" she wrote on Instagram.

Sen also said she hopes Sandhu enjoys "every moment of learning & sharing this incredible global platform @missuniverse will provide you." "May you reign supreme! My love & regards to your Maa & family... bohut bohut Mubarak," she added.

Dutta congratulated Sandhu and welcomed her to the club.

"Congratulations @HarnaazSandhu03!!!! Welcome to the club!!! We've waited 21 long years for this!!! You make us SO SO proud!!! A billion dreams come true!!! @MissDivaOrg @MissUniverse," the actor-producer said. 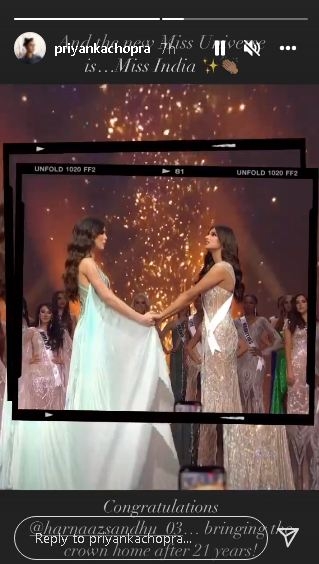 Bollywood star Kareena Kapoor Khan shared the video of Sandhu's winning moment on her Instagram Stories and congratulated the newly crowned Miss Universe on the feat. 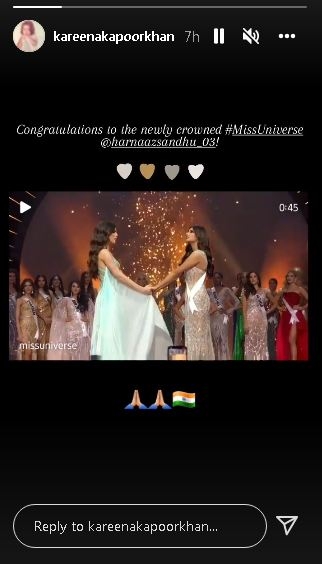 Actor Shilpa Shetty Kundra also lauded the model."The crown has a new queen and it has come back home after 21 years. Many congratulations Harnaaz Sandhu, on being crowned the Miss Universe 2021 and making all of us proud. #ProudMoment," she wrote. 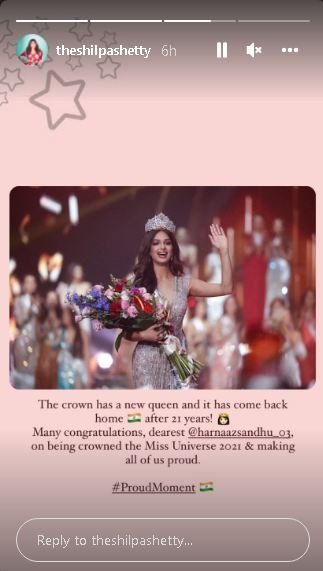 Actor-model Urvashi Rautela, who was one of the judges at the Miss Universe 2021 competition, said it was an emotional moment for her when Sandhu was announced as the winner.

"As a #MissUniverse Judge made the best decision. I can't stop crying... We did it India," Rautela wrote on Instagram as she shared the video of Sandhu being announced the winner.

The event was hosted by Steve Harvey and saw performances from American singer JoJo.