Actress Yami Gautam, who left everyone surprised by announcing that she has tied the knot with 'Uri' director Aditya Dhar, in a recent interview revealed that was an impromptu affair.
FPJ Web Desk 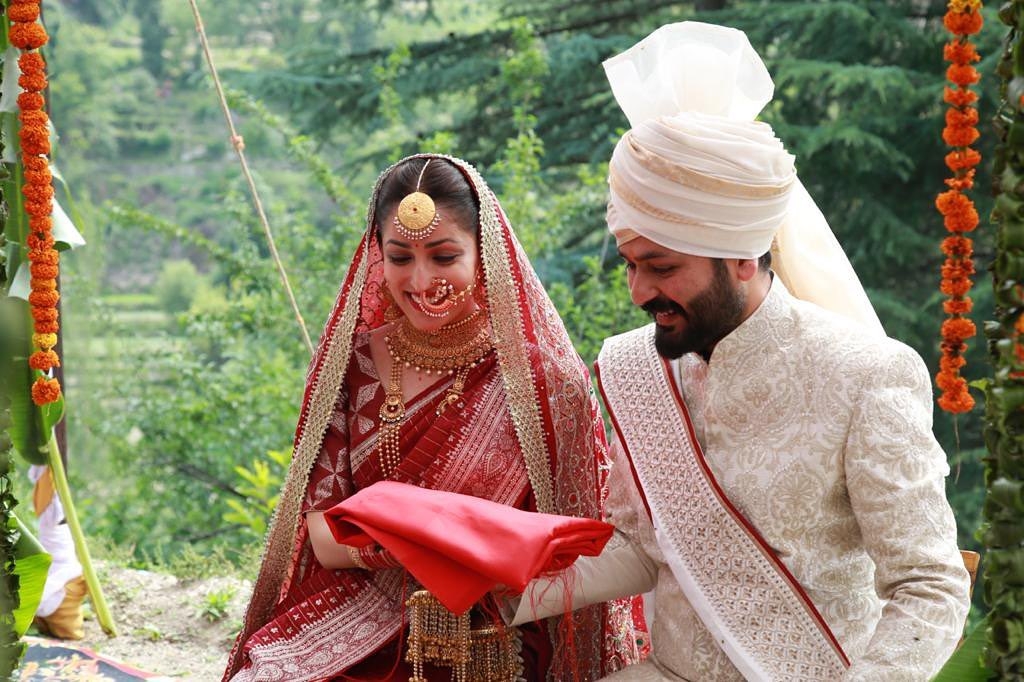 Actress Yami Gautam, who left everyone surprised by announcing that she has tied the knot with 'Uri' director Aditya Dhar, in a recent interview revealed that was an impromptu affair.

Yami tied the knot with her 'Uri: The Surgical Strike' helmer in June. The wedding was an intimate affair with only relatives and close friends of the couple in attendance. They had later made an official announcement on social media.

In an interview with Film Companion, Yami revealed that they initially wanted to just get engaged but her maternal grandmother insisted that they get married.

The actress said, "We were just supposed to get engaged, and then were going to let time take its due course, but my 'nani' was like 'listen, this engagement and all is not a part of our culture, so how about getting married?' And then Aditya asked me, 'Are you ready? Shall we?' I don't know what it means, honestly." 'It started during the promotions of Uri': Yami Gautam opens up on her love story with Aditya Dhar

Yami said that she still hasn't be able to absorb the feeling of being married as she feels the same.

Meanwhile, on the work front, Yami recently finished shooting for her thriller movie 'A Thursday'.

'A Thursday' revolves around a playschool teacher named Naina Jaiswal (played by Yami), who takes 16 toddlers as hostages. Actors Dimple Kapadia, Neha Dhupia and Atul Kulkarni are also a part of Behzad Khambata's directorial film. Most probably, 'A Thursday', which is produced by RSVP and Blue Monkey Films, will get a digital release.

Apart from 'A Thursday', Yami will also be seen in 'Bhoot Police', 'Lost' and 'Dasvi'.