Working with Ashutosh Gowariker was not stressful: Arjun Kapoor 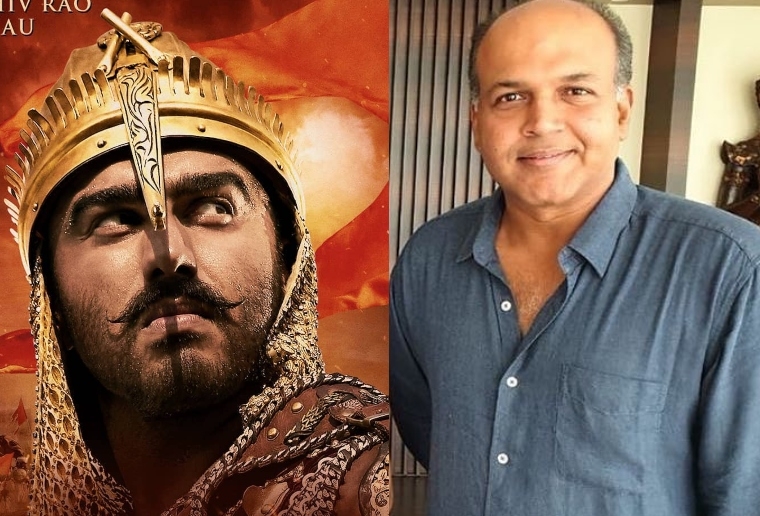 Working with Ashutosh Gowariker was not stressful: Arjun Kapoor |

Arjun Kapoor is going to be seen essaying role of Sadashiv Rao Bhau in Ashutosh Gowariker's Panipat. The actor was present for the song launch 'Mann Mein Shiva' song with Kriti Sanon. Kriti is playing Arjun's wife Parvati Bai in the film.

The actors along with director Ashutosh and his producer wife Sunita had a grand entry to the venue where the song was launched. Arjun and Kriti also danced with the traditional Marathi tunes. During the launch Arjun stated that it was not stressful to work with Ashutosh at all.

“Ashutosh narrated me this story in two lines when he offered me this role. I thought this is a story which needs to be told as inspite of being historical, this character and story holds value in today's time of patriotism. When we started shooting for the film, it was nice to see Ashutosh used to be very calm and would explain exactly what he wants. He is an actor himself, which is good, so he would assure us that we will finish the work in no time and even if we won't there is no issues. So we would not be worried about anything else. We could concentrate on our acting and it helped us. So there would no stress on the sets.” Arjun also revealed that on the sets, he was quite tempted to shake a leg in songs and he even went and asked Ashutosh but he said no as those days Kings never used to dance. In this particular song, he has been living with his fellow warriors and he has just come back after getting a victory and it is a celebration of that.

The actor also said that Ashutosh's films are made on the grand scale ,so it always fun to watch them on big screen as they give different feel to the scenes and songs.

This song has been composed by Ajay-Atul and sung by Kunal Ganjawala, Deepanshi Nagar and Padmanabh Gaikwad, lyrics are by Javed Akhtar and the film is slated to release on December 6.