‘With you by my side…’: Akshay Kumar shares adorable birthday wish for wife Twinkle Khanna 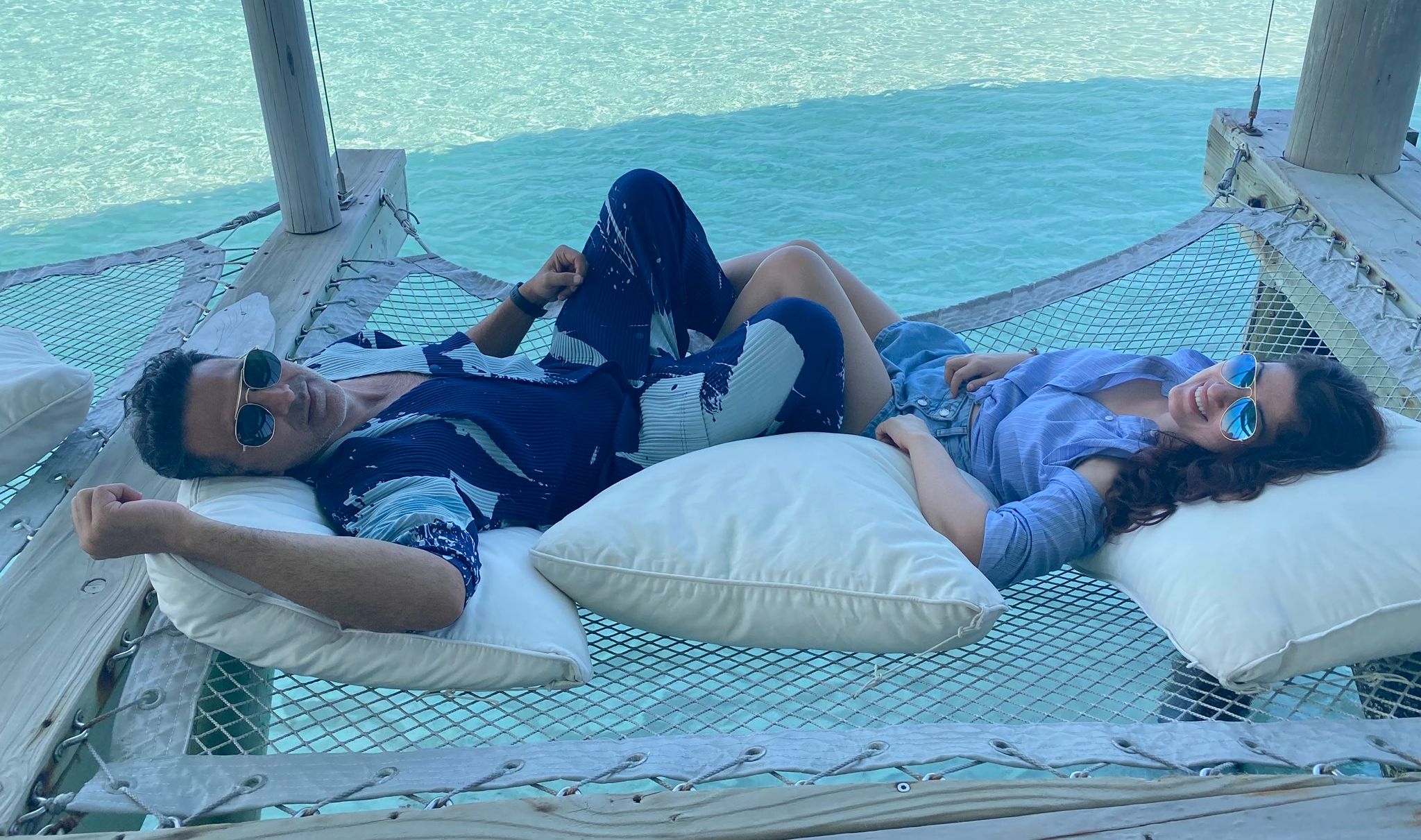 Actress turned author Twinkle Khanna marked her 48th birthday in the Maldives with superstar husband Akshay Kumar. The duo who jetted off couple of days ago are spending quality time together at the exotic getaway.

Taking to Twitter, Akshay shared a picture of himself and Twinkle basking in the sun along the sea. He wrote, “With you by my side, even the blues are easy to take in my stride… Happy birthday Tina.”

Twinkle is a well-known author, newspaper columnist, interior designer, and film producer. She has released books like MrsFunnybones, The Legend of Lakshmi Prasad, and Pyjamas Are Forgiving.

After working together in films such as "International Khiladi" and "Zulmi", Twinkle and Akshay got married on January 17, 2001. The couple are parents to son Aarav and daughter Nitara.

Daughter of Dimple Kapadia, Twinkle is not interested in returning to acting. She admits that roles for female characters were not written as substantially back in the day when she acted in films in the nineties, as compared to today. However, that is not a reason she would cite for quitting as an actress.

"I don't think I quit because there were no good roles. It is just a space I have left far behind. The spotlight gives me a bit of a heat stroke, to be honest," Twinkle told IANS.

On the other hand, Akshay has his diary full for next year. The 54-year-old star has several back-to-back releases such as 'Prithviraj', 'Bachchan Pandey', 'Raksha Bandhan', 'Ram Setu' and 'OMG 2: Oh My God! 2'.