'With all the ghosting…': Sanjay Dutt's daughter Trishala responds to a fan who asked her to marry him 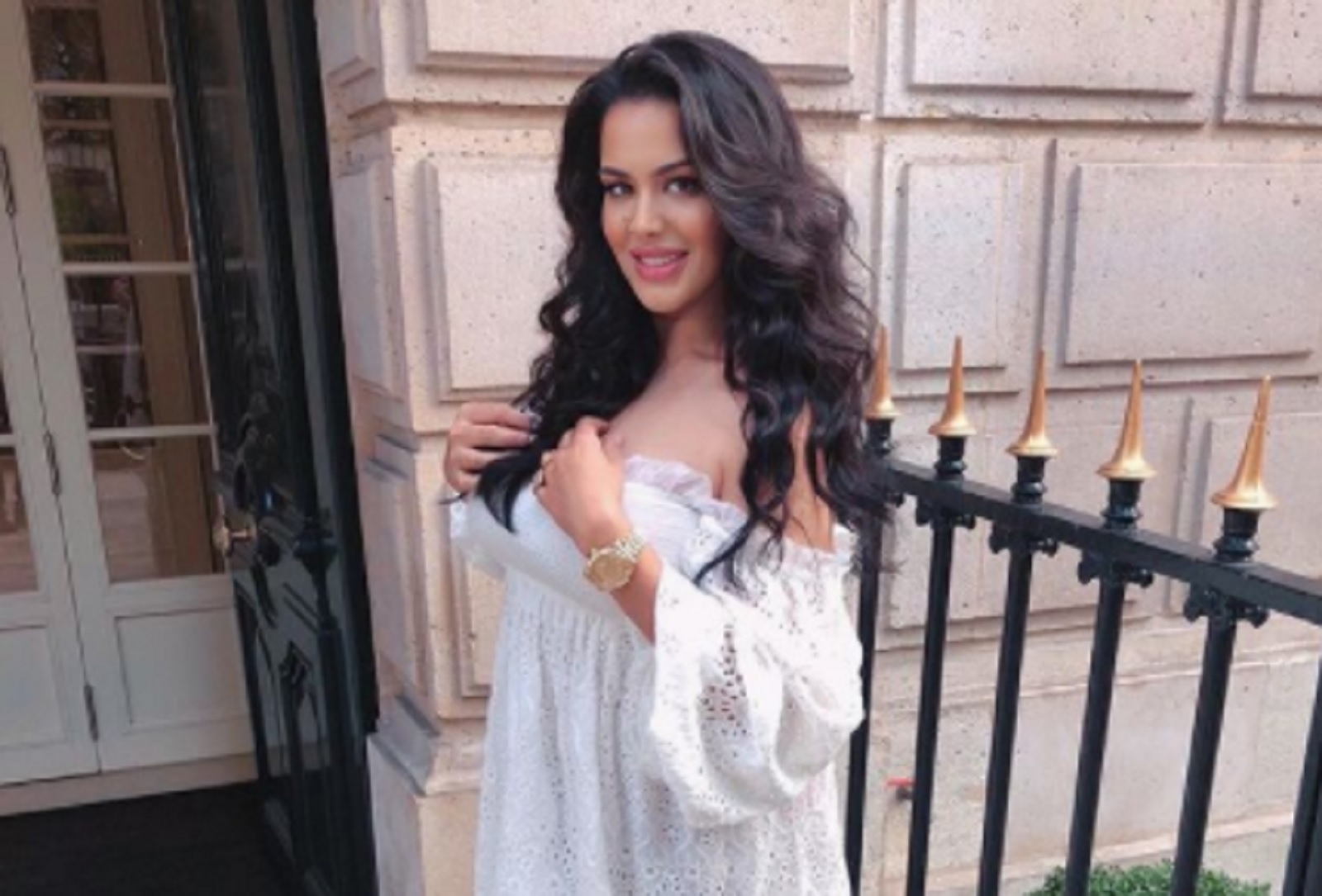 Recently, she conducted a Q & A session on Instagram and invited questions from her followers on topics related to mental health.

However, one of her fans deviated from the whole sensitive discussion and instead proposed to Trishala, asking her to marry him.

The user posted, "You never answer my question Ms Dutt. Will you marry me??"

Trishala politely replied to the user and also accepted his marriage proposal. She mentioned in her response that her luck when it comes to dating has not been too good of late.

She also revealed that she's getting ghosted by most of the guys on dates and none of the first dates are working out.

"I never reply because it has nothing to do with mental health. And at this point, with all the ghosting going on and conversations slowily fading out from the first dates from the guys end - Why not, Lol. Happy?", replied Trishala to the proposal. 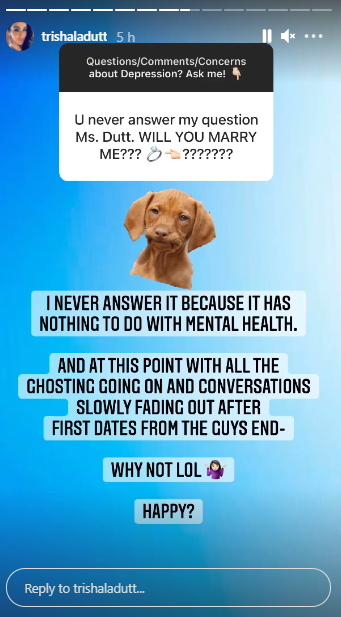 Earlier, during an Ask Me Anything session on Instagram, Trishala had talked about being in a toxic relationship several years ago and being treated like trash.

During another session, she talked about how she took the help of a grief therapist to deal with the death of his boyfriend in 2019. 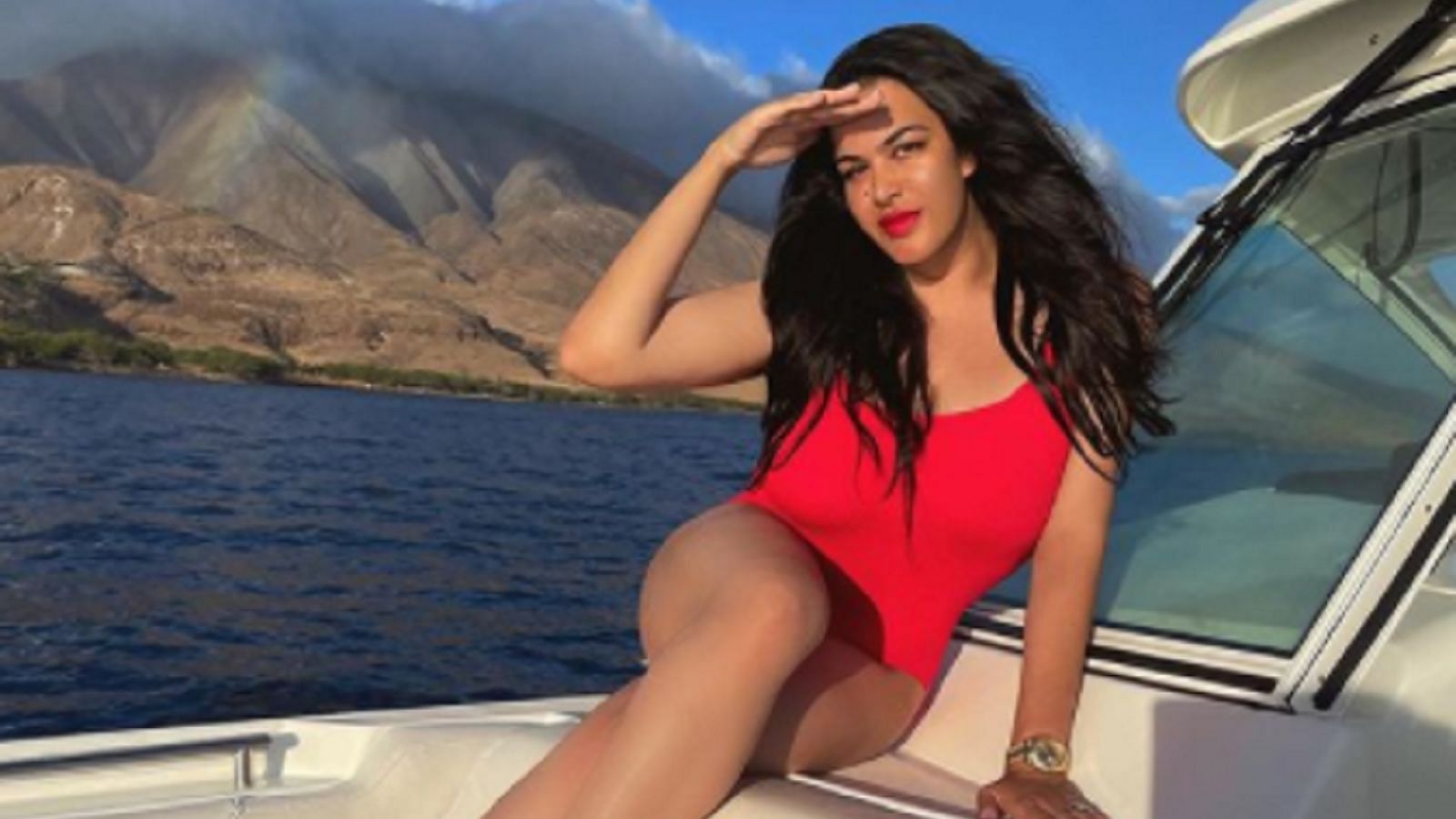