Why did Kumar Sanu leave his first wife Rita when she was pregnant with Jaan?

Things turned scandalous when Kumar was reported to have an affair with actress Meenakshi Seshadri.
FPJ Web Desk 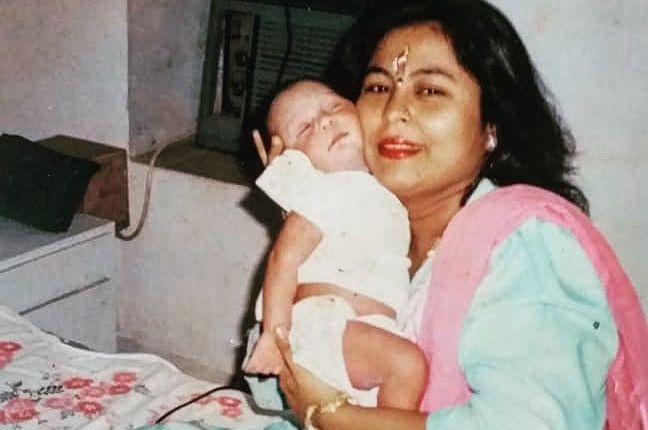 Jaan Kumar Sanu, son of playback singer Kumar Sanu, was recently evicted from “Bigg Boss 14” after a brief stint for nearly two months on the show.

Jaan courted his share of controversies on the reality TV – be it his anti-Marathi remarks or kissing co-contestant Nikki Tamboli without consent.

However, nothing beats his fresh statements made on dad Kumar Sanu.

Jaan said on the show, "For me, my mother plays the role of both parents. My parents separated when my mother was six months pregnant with me hence, I have grown up with her only since childhood.”

"My mom is both a mother and a father to me. Before entering the Bigg Boss House, what worried me most was that who will now take care of my mother. My thinking when it comes to love is old school because of my mom, I feel love only happens with one person and we should only be with one person. I am just like my mother," he added.

According to reports, Kumar married Rita Bhattacharya during the mid-80s. They were blessed with three sons: Jessy, Jeeko, and Jaan.

However, things turned scandalous when Kumar was reported to have an affair with actress Meenakshi Seshadri, who he met at the premiere of Mahesh Bhatt’s film “Jurm”.

This was also confirmed by the singer’s secretary.

The relationship is touted to be the reason for Kumar and Rita’s separation.

Last month, Sanu apologised for his son Jaan's comments on Marathi language that he made on the reality show.

In a video shared on social media, the senior Sanu stated that he didn’t know the kind of upbringing his son received from his mother. Jaan reacted to the statement made by his father. He told Pinkvilla, “My father left us when I was not even born. How could he question my upbringing and what would he even know about it? I don't think it was the right thing on his part to do.”

“As far as I've seen the videos, nobody asked him for a comment and he came up with an assaulting derogatory video that raised questions on my parvarish. I have solely grown up with my mother,” he added.

Sanu addressed his son's comments and said that he couldn't meet his children because their custody was with his ex-wife Rita.

In an interview with Bombay Times, Kumar Sanu said, "I’ve heard him say in his interviews and also in the Bigg Boss house that his mother is his mom and dad for him. I appreciate his respect for his mom, and I believe in giving even more respect to his mother. He should write his name as Jaan Rita Bhattacharya, not Jaan Kumar Sanu because, firstly, Ritaji has done a lot for him, and secondly, people will start comparing him with me, which is not good for him as a newcomer."

"I’d be the happiest father to see him successful," he said, adding that he has always encouraged him and had even made calls to Mukesh Bhattji, Ramesh Tauraniji and a few others to help his son Jaan.