Who is Bhanu Athaiya? All you need to know about India's first Oscar winner

The first Indian to win an Oscar, costume designer Bhanu Athaiya passed away on Thursday after prolonged illness. She was 91.
FPJ Web Desk 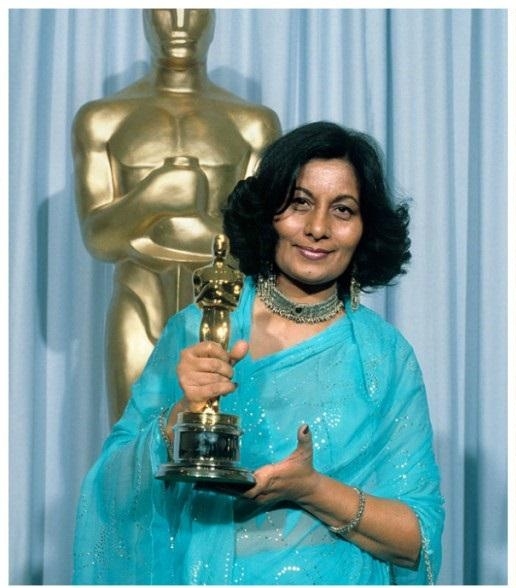 The first Indian to win an Oscar, costume designer Bhanu Athaiya passed away on Thursday after prolonged illness. She was 91.

Born in Kolhapur as Bhanumati Annasaheb Rajopadhye, Athaiya began her career as a costume designer in Hindi film industry with Guru Dutt's 'CID'.

"It's too good to believe. Thank you Academy and thank you Richard Attenborough for focusing world attention on India," she had said.

While her achievements brought glory to Indian cinema and pride to the entire country, Bhanu Athaiya also played a major role in the fashion trends during the 70's. It was Athaiya, who came up with Mumtaz's iconic pre-pleated saree with a zip on the side and a floor-sweeping pallu.

According to eports, she was diagnosed with a tumour in her brain, eight years ago and was bedridden because one side (of her body) was paralysed. Her daughter Radhika Gupta said that she passed away peacefully in her sleep.

The last rites took place at the Chandanwadi crematorium in south Mumbai.