When does Kartik Aaryan’s ‘Dhamaka’ release on Netflix?

The film, which releases today, November 19 will be streaming from 1:30 pm IST.
FPJ Web Desk 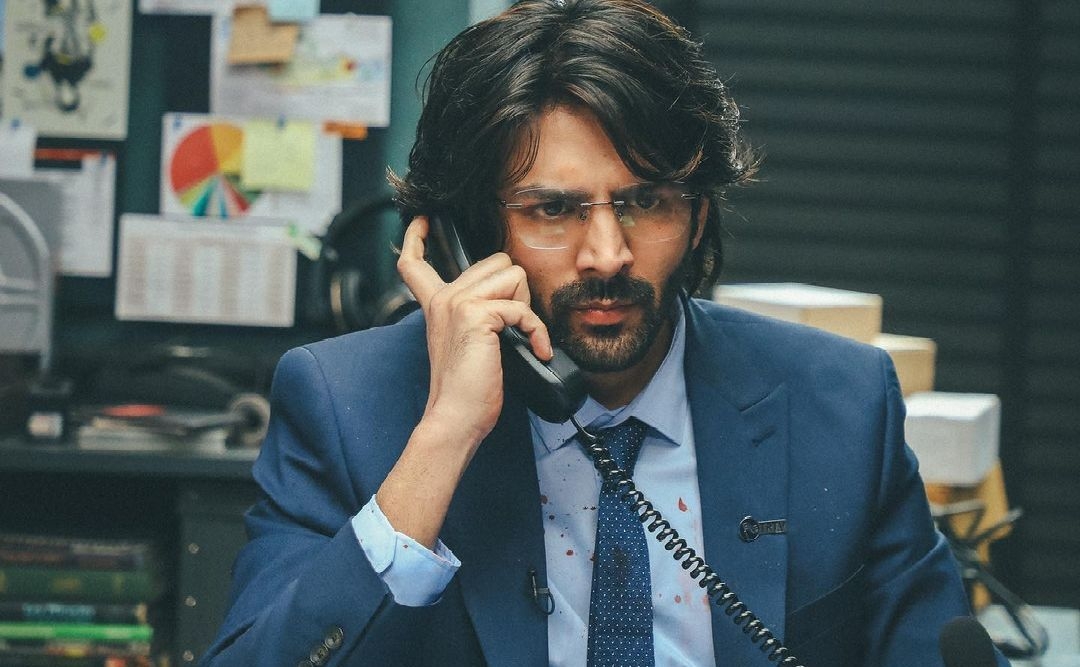 Bollywood actor Kartik Aaryan, is all set to take over OTT giant Netflix India as 'Arjun Pathak' in the upcoming movie "Dhamaka".

The film, which releases today, November 19 will be streaming from 1:30 pm IST.

The actor took to his social media handles and shared back to back posts revealing the timing for his film, which is about to go live shortly.

Kartik and the film's director Ram Madhvani were trying to collaborate for a really long time and finally zeroed in on "Dhamaka", the Hindi adaptation of the 2013 South Korean film "The Terror Live".

"We had a lot of meetings and shared many ideas about the kind of film we'd want to work together on. Both of us liked the film ('The Terror Live') and one day I said let's try this one out," he said.

In "Dhamaka", Aaryan plays Arjun Pathak, a cynical ex-TV news anchor, who gets an alarming call on his radio show and sees it as a chance for a career comeback which may cost him his conscience.

To prepare for his role, the actor said he had a lot of conversations with news reporters and radio jockeys over Zoom calls because it was right in the middle of the pandemic.

"Being an actor, I get to interact with the media a lot but this time I was getting an insight into the field. Suddenly, I felt a lot of respect for the kind of job it is. It's like a thankless job.

"To be able to carry this work with so much heart and responsibility is very difficult. I felt the responsibility of playing this role. I enjoyed doing my acting while I was shooting and meeting so many people through this film."

"Dhamaka", which follows the series of events that take place in a TV newsroom over a period of one day, at its heart is a journey of a character with questionable morals.

The film, Aaryan said, could have been set in any field like a bank or stock market.

"Since it's a fictional story, there are many things that get accentuated. But the basic premise remains the same where there's an opportunistic guy whose moral compass moves a lot and his journey. The question here is: Is he a hero or an antihero?" he said. Watch: Kartik Aaryan reacts to dating rumours, is he creating controversies for the sake of...