'We underestimate the intelligence of children': Arbaaz Khan reveals how his son dealt with his divorce from Malaika

In a recent interview, Arbaaz Khan got candid about his divorce with Malaika Arora and also spoke about how his 18-year-old son Arhaan Khan reacted to the whole situation.
FPJ Web Desk 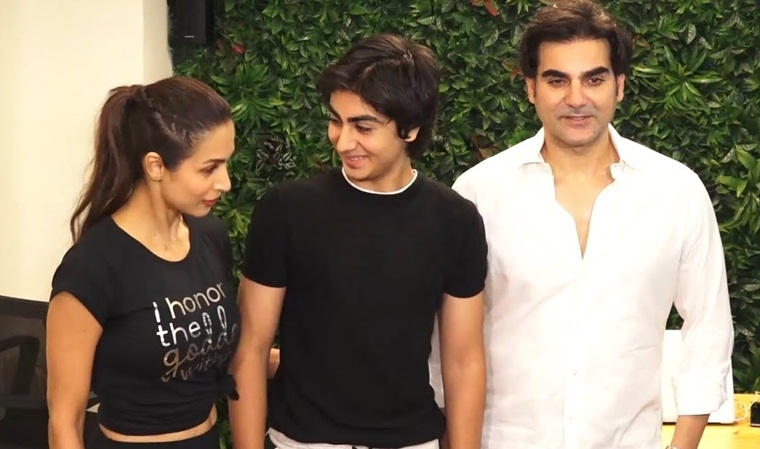 In a recent interview, actor-producer Arbaaz Khan got candid about his divorce with Malaika Arora and also spoke about how his 18-year-old son Arhaan Khan reacted to the whole situation.

Malaika and Arbaaz pulled the plug on their marriage of seventeen years and their then 12-year-old son Arhaan Khan was involved in it. It isn't easy for a child to accept that their parents are parting ways, however, in a recent interview to Pinkvilla, Arbaaz Khan opened about about how Arhaan took the news of seperation. He also spoke candidly about why he didn't mind Malaika having Arhaan's custody.

Arbaaz Khan said, "I guess we underestimate the intelligence of children. My boy was almost 12 years old and he had a fair understanding. We like to think otherwise. He was aware of what was happening. They can sense it, you know. They can smell things in the house. So there was not much needed to sit him down and explain things to him. But, he was pretty much aware and it was all ok."

He further added, "It's got to do about both of us as people. No matter what the differences we had which led us to take this step, which is a drastic step but a necessary step because it had come to a point where this was the only way to go about making this equation as okay as possible. And there was a child involved so for him too. I am there for him, obviously she had the custody of my child and I felt it was fair-enough and I never wanted to even fight for the custody. I felt at that point in time, as a mother, when the child was much younger, I guess a mother's scenario at that point in time is of much use and so many things. But, now he is going to be 18, he will make up his mind where he wants to be, how he wants to be. I spend a lot of time with him in any case. He is a lovely boy and growing up to be a really good boy."

This is for the first time that Arbaaz has honestly opened up about his seperation with Malaika. He is now dating Italian model Giorgia Andriani. Malaika Arora and Arjun Kapoor have also made their relationship public and their social media PDA says it all. Meanwhile, Arhaan Khan has kept it cordial with both Arjun and Giorgia and has been spotted with them.