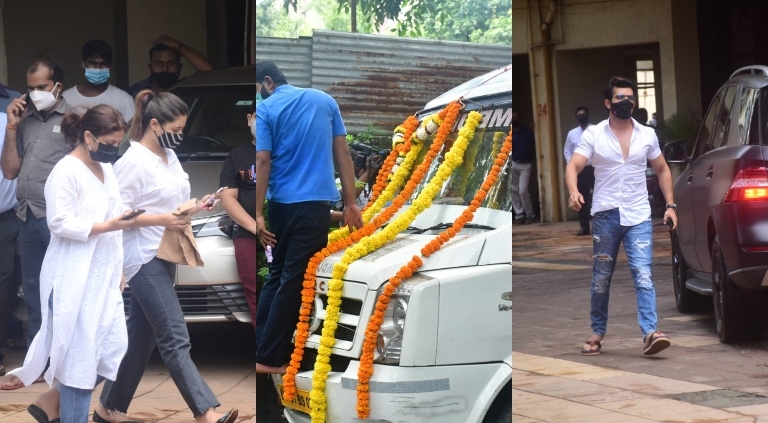 Actor Sidharth Shukla died on September 2, after the 40-year-old reportedly suffered a heart attack on which led to his untimely death.

Sidharth Shukla was rushed to Cooper Hospital in Mumbai on Thursday morning where doctors declared him brought dead. As soon as news of his demise spread, there was an outpouring of condolences, shock, disbelief and love for the late actor. The actor's mortal remains were kept at the Cooper Hospital on Thursday night after the post-mortem.

Sidharth Shukla's mortal remains were brought to the Oshiwara crematorium for his last rites on Friday. This was after the Cooper Hospital handed over the mortal remains to the family after the post-mortem. The late actor's close friend, actor Shehnaaz Gill was snapped at the venue and looked extremely distressed.

Sidharth, who was a huge personality, started his career as a model. He made his acting debut with a lead role in the TV series 'Babul Ka Aangann Chootey Na' in 2008, and since then he had never looked back. With the TV show 'Balika Vadhu' and Bollywood debut with 'Humpty Sharma Ki Dulhania', Sidharth gained more popularity.