In the video surfaced online, she can be heard saying, “Chalo de he do (Fine, give it to me)."
FPJ Web Desk 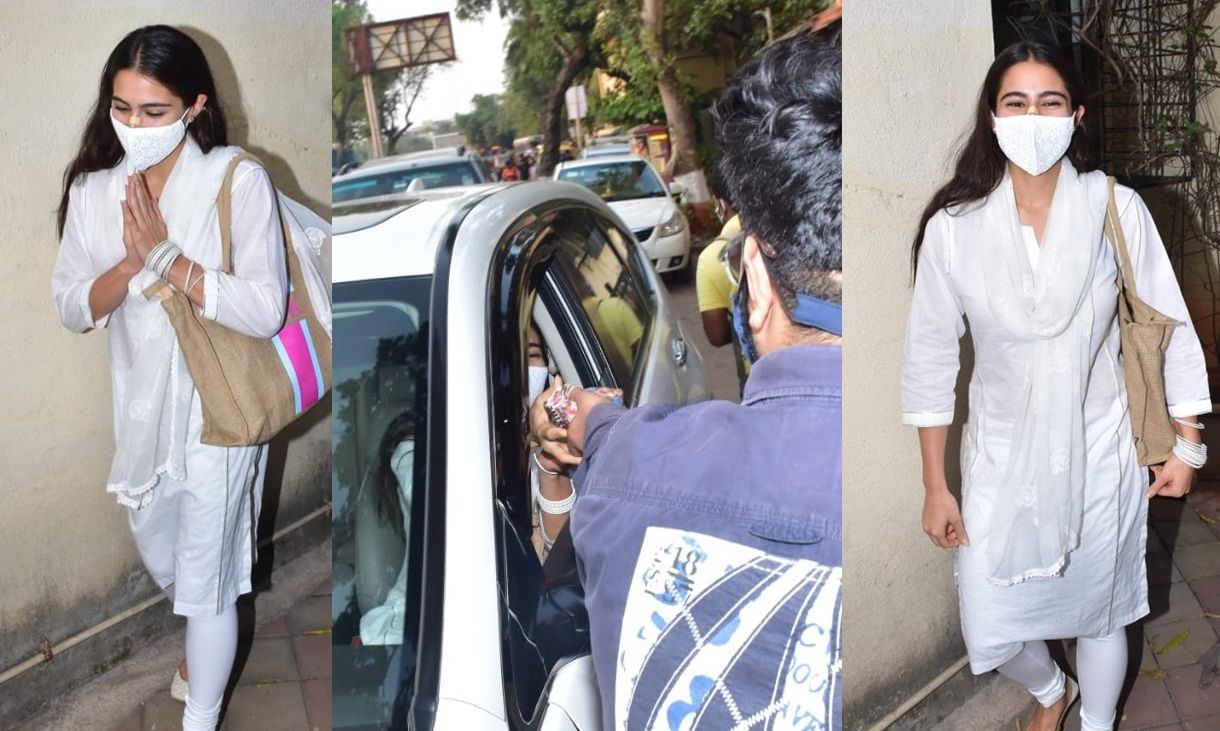 Bollywood actress Sara Ali Khan was spotted leaving from a script reading with Vicky Kaushal. This comes months after it was reported that their upcoming film ‘The Immortal Ashwatthama’ has been shelved due to financial reasons.

As Vicky and Sara exited the venue, a fan offered them samosa pav on the go. Sara, who was already inside her car obliged and accepted it.

In the video surfaced online, she can be heard saying, “Chalo de he do (Fine, give it to me)."

Fans lauded her gesture, including netizens, who called the star kid, “very humble.”

In a span of three years, Sara Ali Khan has seen the highs of glamour and has also garnered a substantial fan base. The daughter of Bollywood stars Saif Ali Khan and Amrita Singh may have been born in the lap of fame, but she insists she does not believe in stardom.

"I don't look at stardom. Till now, I don't use the word fans. I don't use the word star. I don't believe in these things. I think Friday to Friday -- I mean it used to be Friday and it can now be released any day. With every release of a film your stature, stardom -- whatever you call it -- keeps changing," Sara told IANS.

The actress has an equally important film lined up for her in future. She will next be seen with Akshay Kumar and Dhanush in Aanand L. Rai's "Atrangi Re".