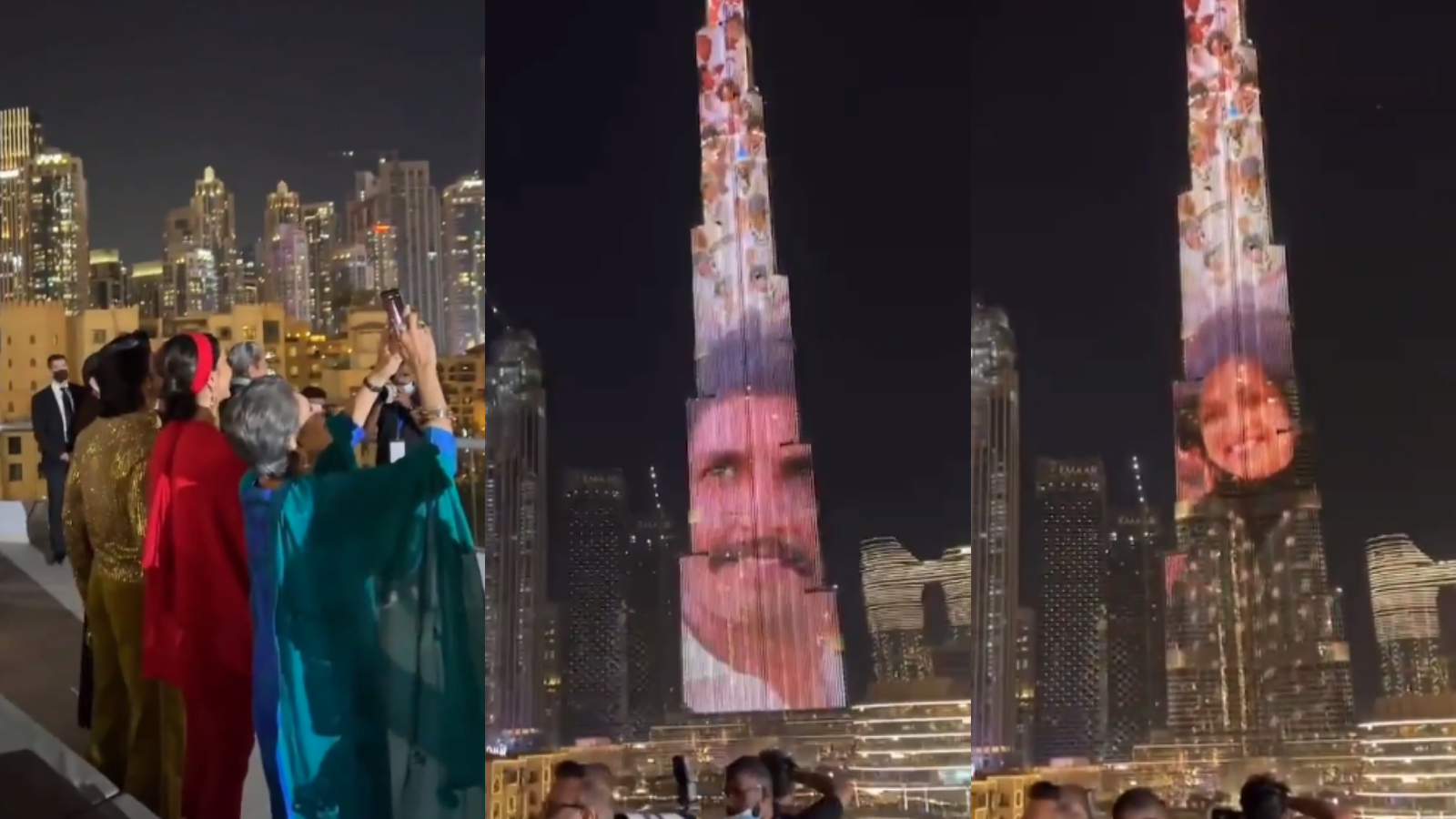 After wowing the audience at the world premiere of their film at the Red Sea Film Festival in Jeddah, team '83' reached Dubai's Burj Khalifa to promote their film in the most unique way possible.

A video has been going rounds on social media in which team '83' including Ranveer, Deepika Padukone, Kabir, his wife Mini Mathur, and more could be seen enjoying a gala time while watching Ranveer as Kapil Dev on Burj Khalifa.

What else caught fans' attention was how Deepika kept staring adorably at her husband during the screening.

Not to miss was the couple's fashion game that they totally aced. Ranveer chose a glitzy golden ensemble inclusive of a metallic gold high neck tee paired with scintillating yellow trousers. On the other hand, Deepika looked her fashion best in a red dress paired with the same colour stockings and pumps. She also tied her hair in a red coloured ruffle headband.

On Wednesday, the film received a standing ovation from the audience at its world premiere at the Red Sea Film Festival in Jeddah.

Ranveer and Deepika, along with Kabir and his wife Mini made a grand appearance at the Jeddah Film Festival.

Interestingly, Deepika will be seen playing Romi, Kapil Dev's wife in '83', which will hit the big screen on December 24 in Hindi, Tamil, Telugu, Kannada, and Malayalam.