Watch Video: Kajol breaks down at Durga Puja pandal after meeting her relatives 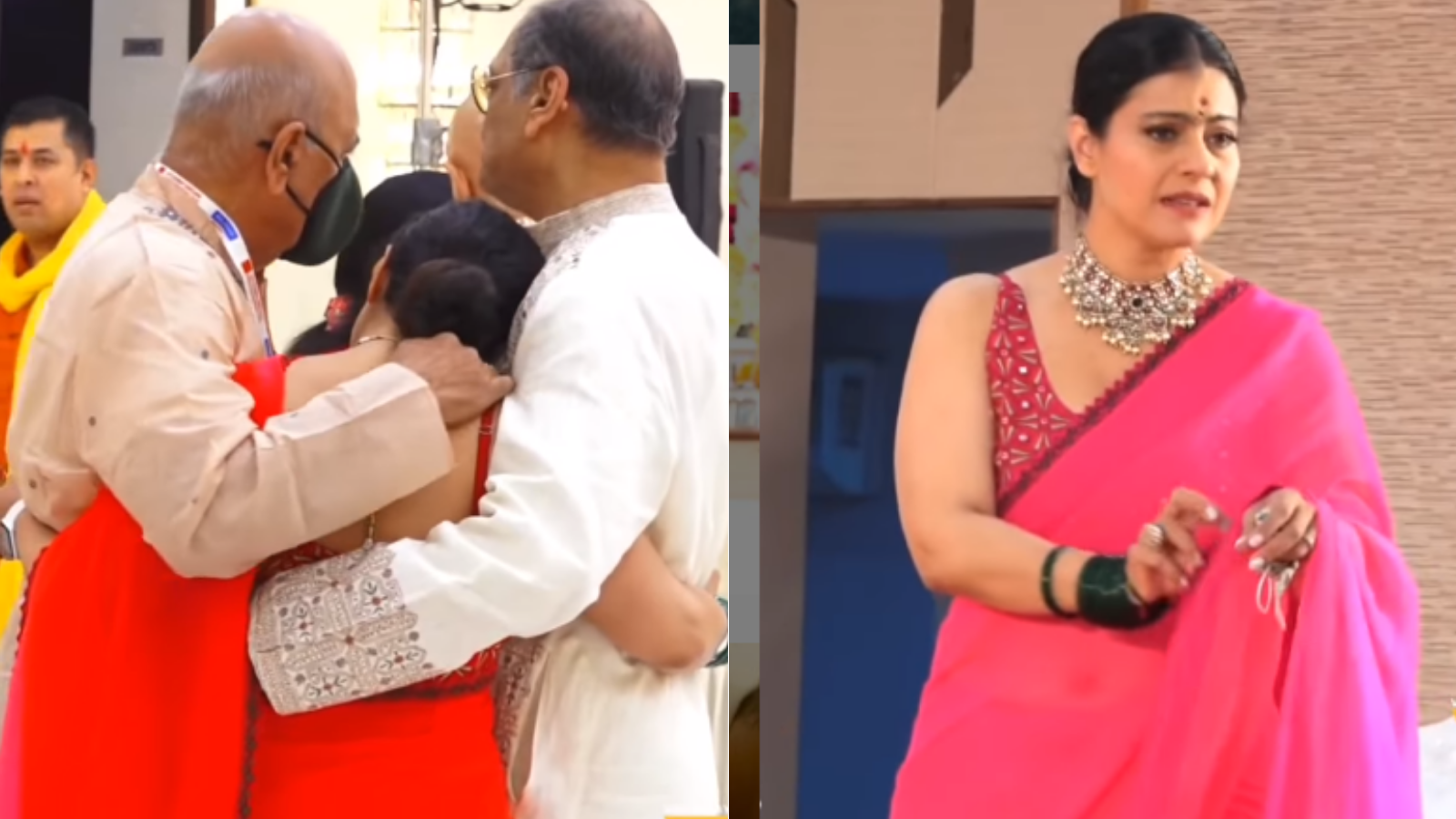 Bollywood actress Kajol on Tuesday celebrated Durga Puja with her family members. Earlier today, the actress was spotted joining her close ones in the city to seek blessings and celebrate the festival.

Several photos and videos of the actress from the Durga Puja pandal have surfaced on social media platforms.

One of the videos also shows the actress breaking down after meeting her relatives. According to a papparazo, Kajol hugs her uncles and cries as she met them after a long time.

It may be mentioned that every year, Kajol gets together with the Mukerji family members in the city for Durga Puja. However, last year, the celebrations were virtual due to the COVID-19 pandemic.

Taking to Instagram, on Tuesday, the 'Kuch Kuch Hota Hai' actress also shared photos in which she can be seen clad in a hot pink saree for Durga Puja.

Her hair was neatly tied up in a bun and she accessorised her look with a beautiful necklace.

"Started off all beautiful and then someone cracked a joke #alldressedup #durgapuja #sohappytobehere," she captioned her post.

Meanwhile, on the work front, Kajol was last seen in a Netflix film 'Tribhanga'. She will next be seen in a film titled 'The Last Hurrah', directed by Revathy.

The actress recently made the announcement on social media and shared photos with Revathy on her social media handle. 'Story made me instantly say yes': Kajol on collaborating with Revathy for new film 'The Last...