On their arrival to Mumbai airport, the duo posed for paparazzi who asked them to take off their masks
FPJ Web Desk 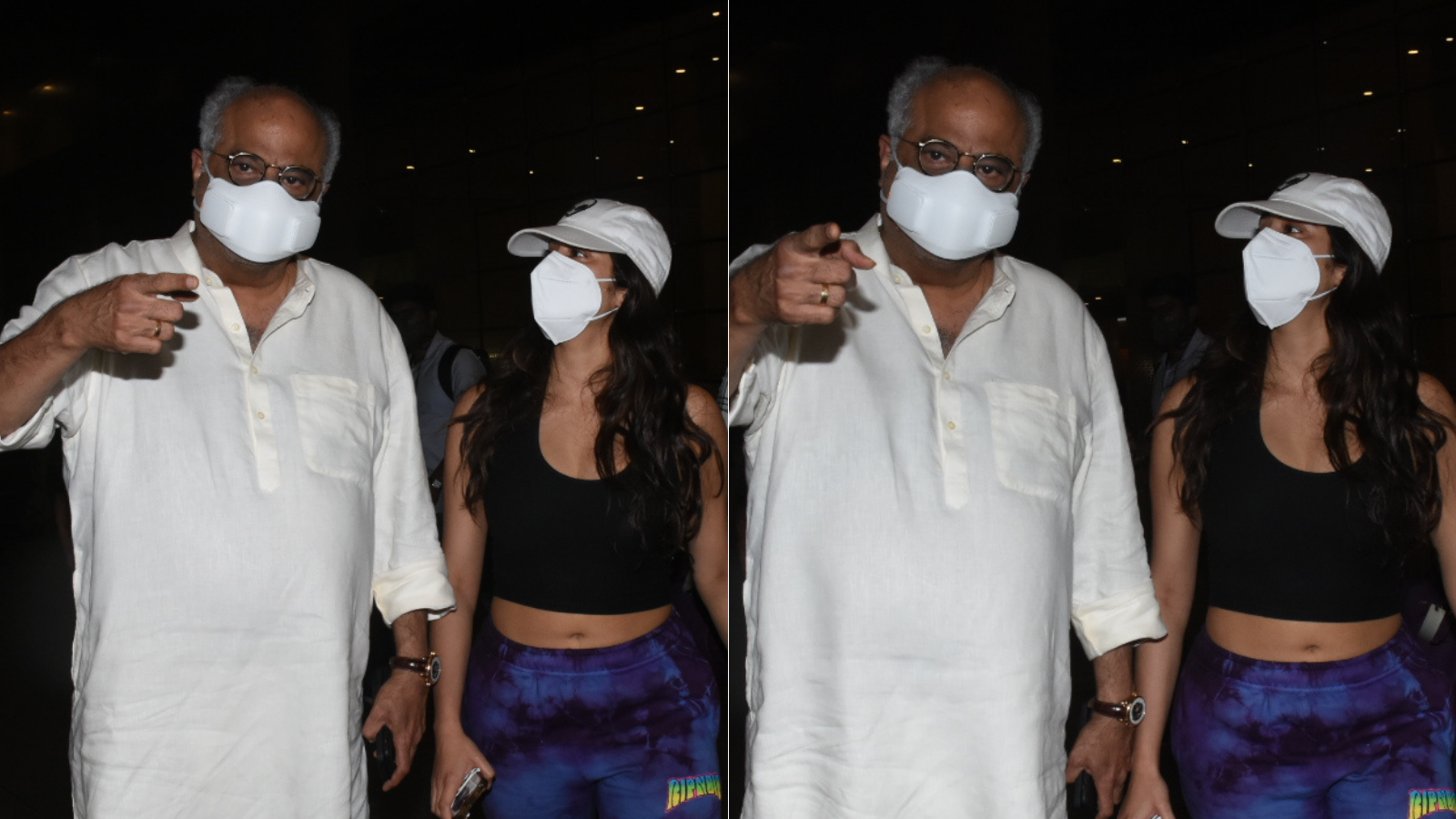 On their arrival to Mumbai airport, the duo posed for paparazzi who asked them to take off their masks. As Boney made a move to oblige the request, Janhvi asked him not to do so.

The actress made him put it back on, as photographers behind her were heard saying, "Kuch nahi hoga (Nothing will happen)."

Replying to them, Janhvi said, "Aap galat advice mat dijiye (Don’t give wrong advice)." They then posed for photos but with their masks on.

Before she entered her car, the paps asked Janhvi to show them her tattoo. "Bohot dekh liya, maine Instagram pe daal diya (You have seen enough of it, I put it up on Instagram)," she told them.

For the unawares, earlier this month, Janhvi got 'I love you my Labbu' tattooed on her arm.

On the work front, Janhvi was last seen in the OTT-released films 'Gunjan Saxena: The Kargil Girl' and 'Roohi'. She will next be seen in Karan Johar's 'Dostana 2' and Aanand L Rai's 'Good Luck Jerry'.