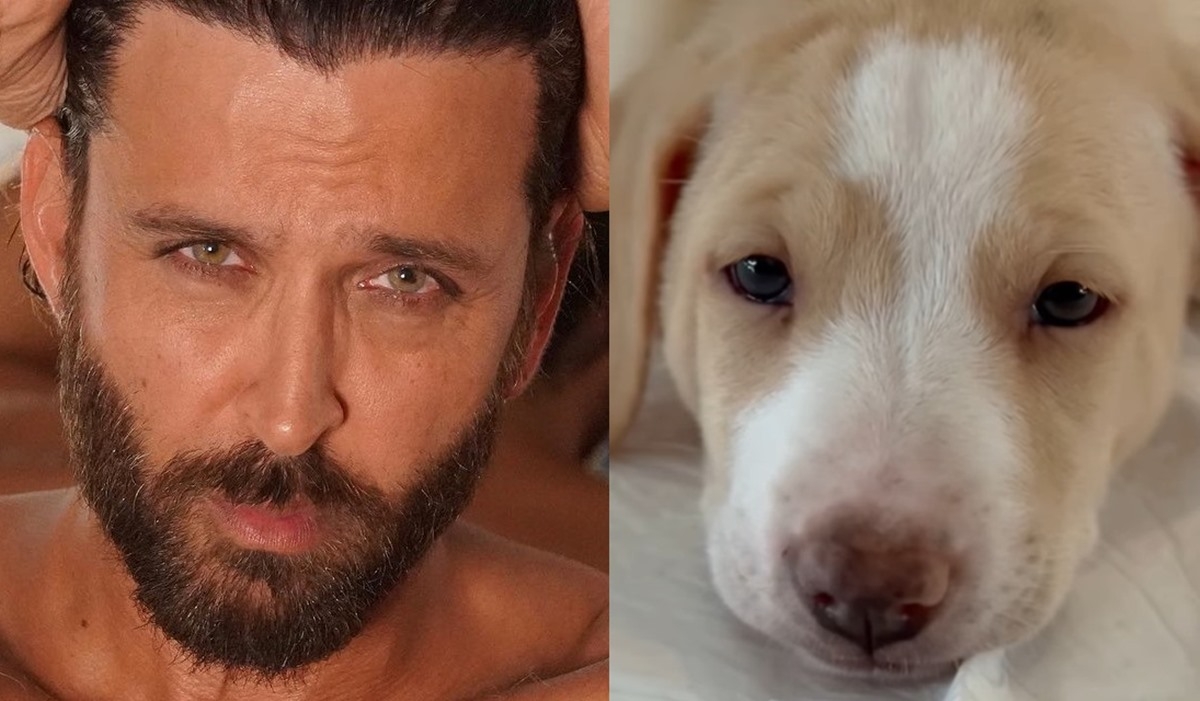 As Hrithik Roshan turned 48, the superstar decided to add a new member to his family to mark the special occasion.

On his birthday eve, Hrithik took to Instagram and introduced his adopted pup ‘Mowgli’.

Sharing an adorable video of his furry friend, Hrithik wrote, “Hello world - it’s me Mowgli!! At least that’s what my hooman calls me - I was found under a car by the lovely Rosy who takes care of so many like me - thanks you miss for making the world a better place for the furry folk - now then, guess I’ll be seeing a lot more of you guys - be sure to say hi when you see me.”

On Monday, Hrithik treated his fans by unveiling his first look from the upcoming film 'Vikram Vedha'.

The 2017 original film was inspired by the Indian folktale Baital Pachisi. The film tells the story of Vikram (Madhavan) who sets out to track down and kill Vedha (Sethupathi). After Vedha voluntarily surrenders himself, he tells Vikram three stories that change his perceptions of good and evil.

The upcoming remake of 'Vikram Vedha' will mark filmmaker duo Pushkar and Gayathri's Hindi debut in both direction and writing.