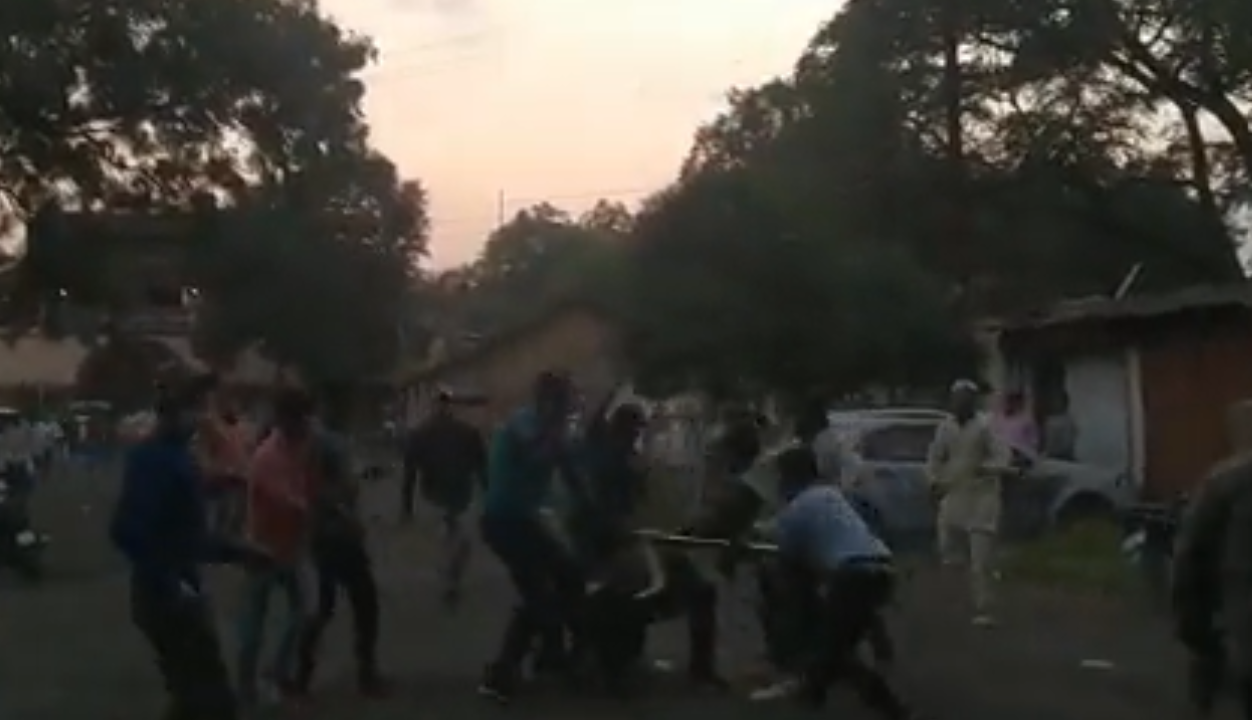 Bajrang Dal members on Sunday assaulted director Prakash Jha and smeared his face with ink on the sets of 'Ashram 3' in Madhya Pradesh's Bhopal, reported NDTV.

In the video going viral on social media, Bajrang Dal members are seen chasing down crew members and beating them mercilessly.

Reportedly, slogans of "Prakash Jha Murdabad", "Bobby Deol Murdabad" and "Jai Shri Ram" were being raised by the members of the Hindu right-wing outfit.

According to the report, the Bajrang Dal members said the web series was an assault on Hinduism and they will not allow its filming till the title was changed. As per a member of the outfit, Jha has assured that he will change the name of the series starring Bobby Deol.

After the incident, Irshad Wali, DIG Bhopal, clarified, "All the miscreants have been shunned from the premises and no one has been fatally injured, though some vehicles have been damaged. Further action will be taken against those responsible."

He added, "I want to assure everyone that a similar situation will not be repeated again."

Regarding the incident, Bajrang Dal Bhopal leader Sushil Sudele said, "We want the film industry to be promoted here in Madhya Pradesh. People should get employment, but this land should not be used to humiliate Hindu samaj. In the earlier installment of the series it was shown that women are exploited inside Ashram, is it so? Stop defaming Hindus and if he wants to gain popularity then why not name any other religion and see the number of protests that happen."

"We have given only a warning for now and Prakash Raj has said that he is in talks to change the show's title," he continued, adding "I repeat the show's name will have to be changed from 'Ashram' or won't be filmed here in Bhopal."