Watch Video: Alia Bhatt blushes as she reveals her mobile wallpaper is a selfie with Ranbir Kapoor

Alia, who is also a YouTuber with more than 1.6 million subscribers, shared her latest vlog on Saturday.
FPJ Web Desk 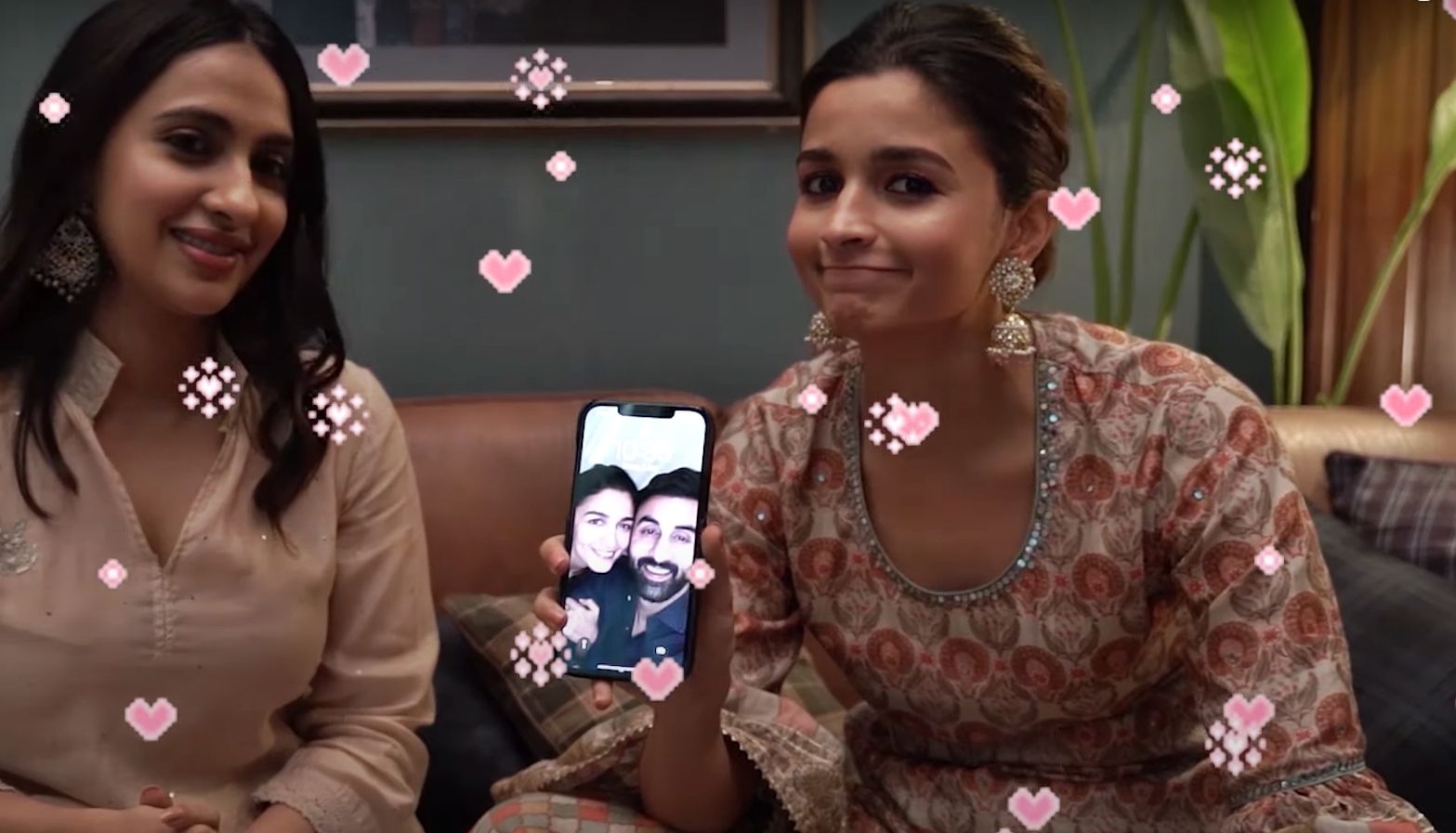 Bollywood actress Alia Bhatt, who made her relationship with actor Ranbir Kapoor official on Diwali, is leaving no stone unturned to express how much she loves him.

Alia, who is also a YouTuber with more than 1.6 million subscribers, shared her latest vlog on Saturday. The actress was seen engaging in a conversation with her best friend Akansha Ranjan Kapoor. She then went on to show the wallpaper on her phone, which is a mushy picture of herself with Ranbir.

Alia and Ranbir gave their fans a spellbinding surprise as they went official with their relationship earlier this month.

The two have been rumoured to be dating with Alia also being a part of many gatherings of the Kapoor family but, it has either been under the wraps or hasn't been stated explicitly. But, Alia's post on Diwali put all rumours to rest.

The actress took to her Instagram as she shared a few pictures on the occasion of Diwali. She captioned the first set of pictures as, "Some light...Happy Diwali".

However, it was the next picture that the fans left pleasantly surprised. The actress put up a picture of herself hugging Ranbir with both of them smiling ear-to-ear. Taking the thread from her last caption, she wrote, "& some love .. Happy Diwali".

Both Ranbir and Alia chose to don the shades of blue on the festive occasion.

With the actors going official about their relationship, it won't be too long before the wedding bells start ringing for them.

On the film front, Ranbir will be soon seen in Luv Ranjan's next, 'Brahmastra', 'Animal' and 'Shamshera'. While on the other hand, Alia too will be seen in 'Brahmastra', 'Rocky Aur Rani Ki Prem Kahani', 'Gangubai Kathiawadi', 'Darlings', 'RRR' and 'Takht'.