Ranu has gone viral once again for recreating Sinhalese song 'Manike Mage Hithe' by Yohani that has been trending for the past couple of weeks.
FPJ Web Desk 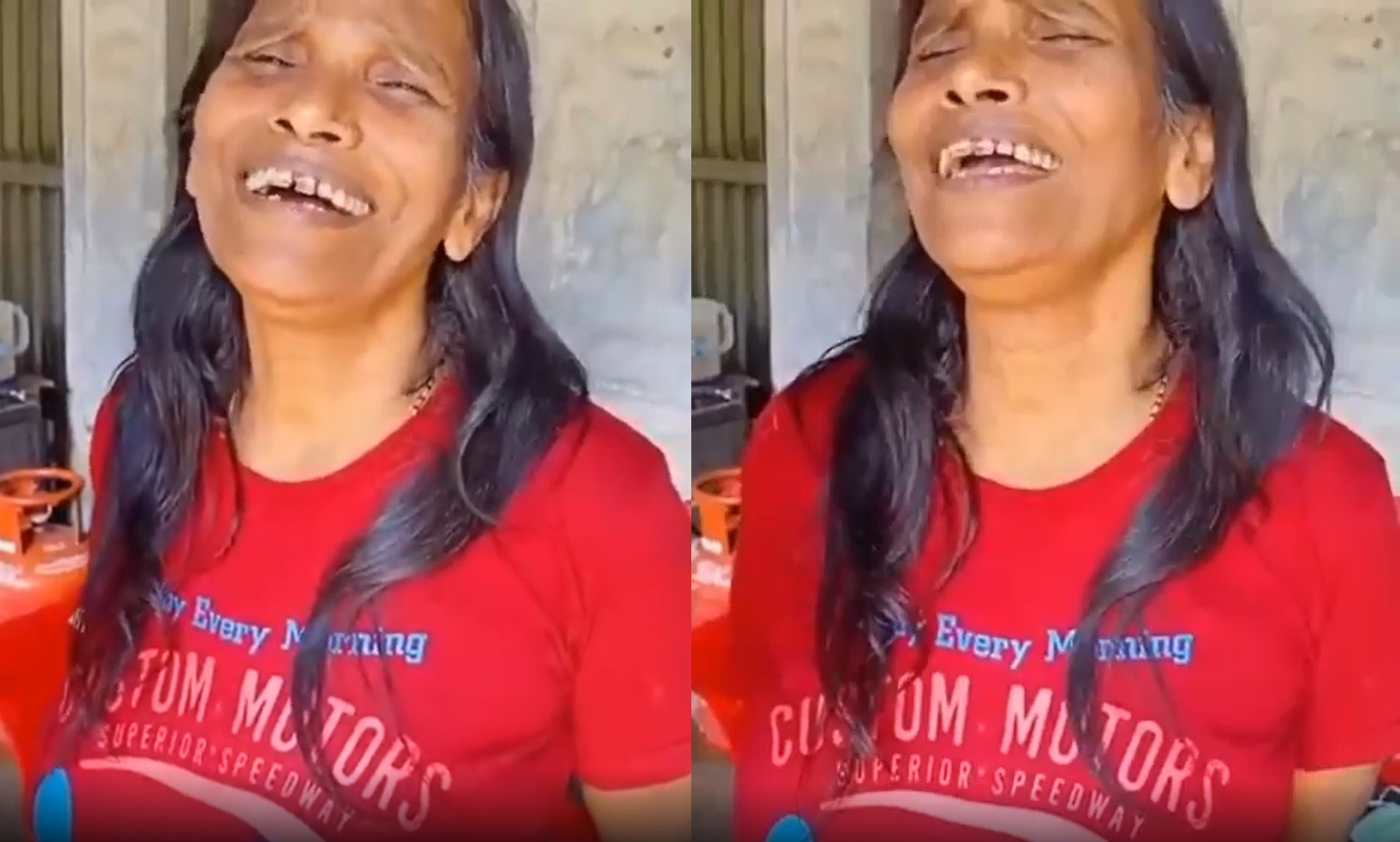 Now, Ranu has gone viral once again for recreating Sinhalese song 'Manike Mage Hithe' by Yohani that has been trending for the past couple of weeks.

In the video, Ranu can be seen wearing a red t-shirt unlike her usual saree.

Ranu was spotted by singer-actor Himesh Reshammiya, who offered her to sing a track for his film 'Happy Hardy And Heer'. She collaborated with Himesh for the song 'Teri Meri Kahani'.

Besides her singing, Ranu also made headlines for her 'diva' attitude. In a video surfaced online, Ranu seemed to be visibly annoyed after a fan tapped on her shoulder asking for a selfie.

Not to mention, there were reports of National Award-winning Bengali actress Sudipta Chakraborty being offered the role of Ranu Mondal in a biopic.

Confirming the development, Sudipta told IANS: "Yes, I have been offered the film. However, I am yet to receive a script. I will decide if I want to play the character only after reading the script." Journalist-turned-independent filmmaker Hrishikesh Mondal is set to direct the film, titled "Platform Singer Ranu Mondal."

Hrishikesh said, "People are curious to know about Ranu Mondal's life. She became a singing sensation overnight thanks to social media, so people are very interested to know more about her. Also, the film will highlight the power of social media in the present times, which has turned roadside singer Ranu into a star.”

Sharing his experience of meeting Ranu Mondal while researching for the script, he added: "From what I have gathered after meeting and talking to her several times, she comes from an educated family, she loves music and has been singing right from her childhood. She is a simple and sweet person, and emotional by nature."He added: "Ranu di asked me not to show anything in the movie about her life that would hurt her. Apart from that, she has been very cooperative regarding the biopic and has helped me with a lot of information and anecdotes from her life. She is a believer in God and is a very helpful person. She has been very nice and kind to me. I have also spoken to her daughter while writing the script.”

However, a 2021 report by Pinkvilla stated that Eshika Dey had replaced Sudipta after the latter stepped down.

Eshika said that she is on a strict diet to have a leaner frame similar to Ranu to look alike.