In the video, Suhana is seen jamming and lip-syncing to Justin Bieber's hit track Peaches with a friend.
FPJ Web Desk 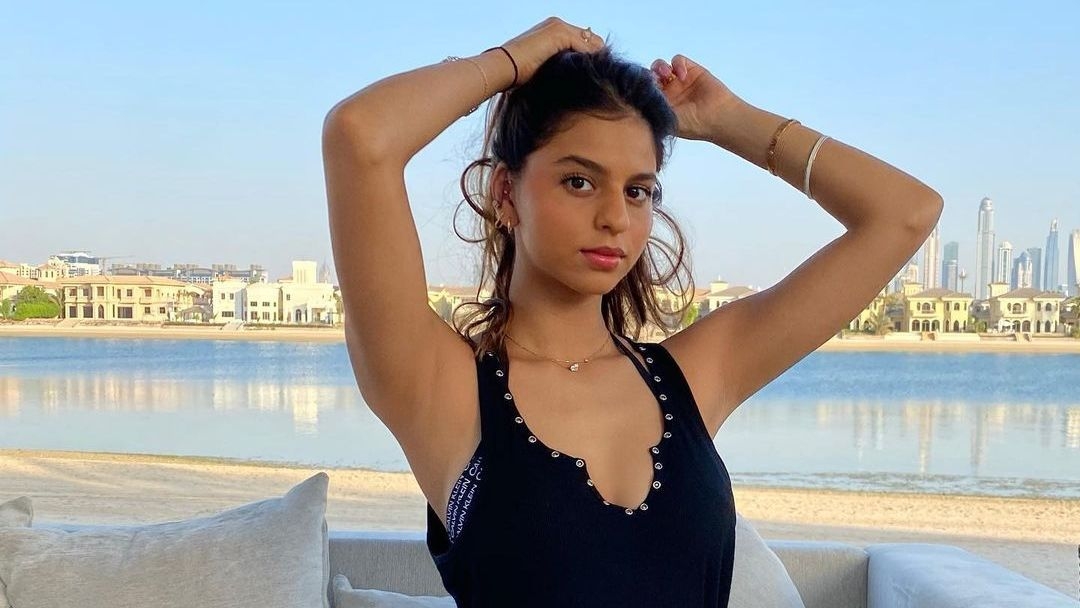 Shah Rukh Khan and Gauri Khan's daughter Suhana had recently left fans in awe with her birthday pictures. Several photos of the star kid, enjoying a pool date with her girl gang in New York, had also gone viral on social media.

Now, a new video of Suhana has surfaced online. In the video, she is seen jamming and lip-syncing to Justin Bieber's hit track Peaches with a friend. They are sitting in what seems to be an empty classroom. Both of them take turns to sing a line from the song.

Suhana can be seen donning a mustard and black outfit with her wavy locks untied.

Suhana enjoys a massive fanbase on her social media account. She never ceases to surprise her fans with her stunning looks and fun videos. She has often been in the news for addressing issues like colourism and body shaming.

Suhana is currently in New York City, where she's a student at the Tisch School of the Arts. She returned to the US earlier this year, after spending a major part of 2020 with her family in Mumbai owing to the coronavirus pandemic.

Meanwhile, on the work front, Suhana intends on pursuing acting in Bollywood. While details about her debut are not known yet, the star kid has featured in a number of plays, including an adaptation of William Shakespeare’s Romeo and Juliet in London.

She also starred in a short film titled The Grey Part of Blue.