The reel posted on Instagram by Farah, shows her and Shah Rukh recreating the title track of their 2004 film ‘Main Hoon Na’.
FPJ Web Desk 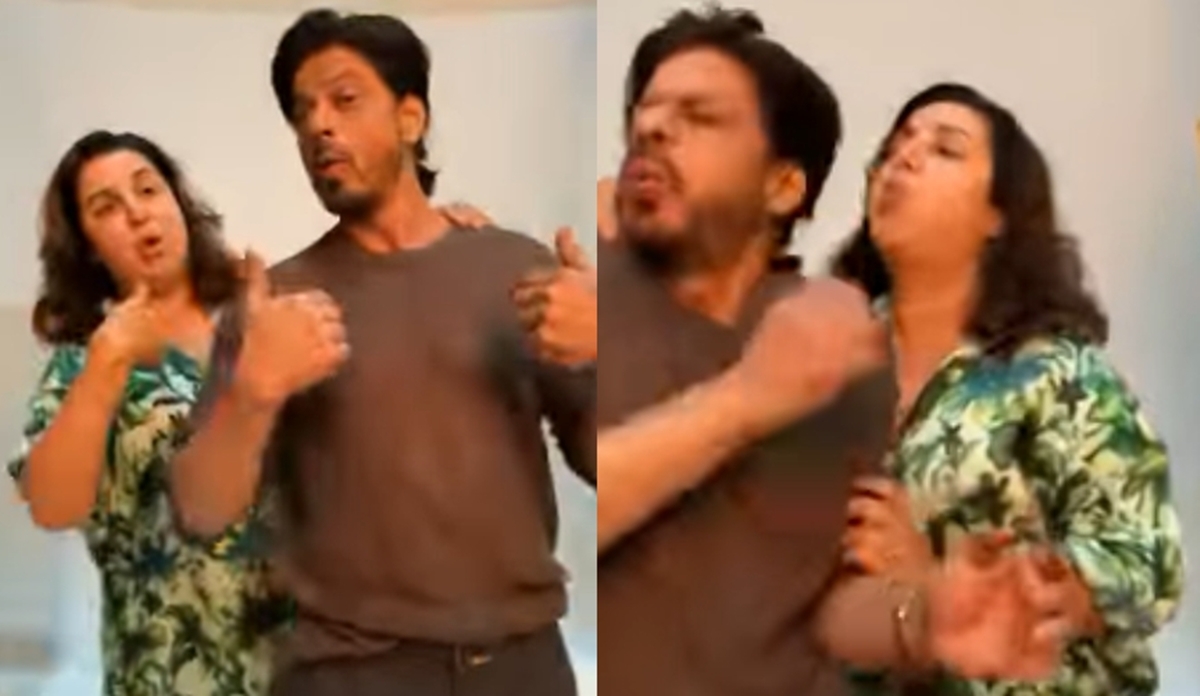 Bollywood superstar Shah Rukh Khan, who has made his fans impatient to watch him onscreen since 2018, recently featured in a hilarious video shared by choreographer-filmmaker Farah Khan.

The reel posted on Instagram by Farah, shows her and Shah Rukh recreating the title track of their 2004 film ‘Main Hoon Na’.

Back in 2020, Farah had shared some interesting details about her directorial debut.

She revealed that not Zayed Khan but Hrithik Roshan was the first choice for Lucky's character.

The 'War' actor, however, refused to be a part of a 'two-hero' film after his debut film 'Kaho Naa... Pyaar Hai' became a huge hit. Farah had also considered casting Abhishek Bachchan and Sohail Khan for the role.

The 'Om Shanti Om' director also revealed that she had offered Sanjana Bakshi aka Sanju's role to Ayesha Takiya. In fact, the actress had already signed the film but couldn't manage her dates. Farah also shared that Amrita was brought on board just ten days before the shoot started.

Also, much to 'Main Hoon Na' fans disappointment, there's no sequel happening! Farah Khan revealed that she has dismissed the idea of a sequel as she feels there are newer stories to tell.

The director also said that she didn't want the antagonist to be a Muslim and hence named Suniel Shetty's character Raghavan.

On the work front, Farah Khan's next directorial venture will be produced by Rohit Shetty, and the project has grabbed headlines because it marks the collaboration between two heavy-duty Bollywood filmmakers. Speculation have been rife about the project, including rumours that the film will star Hrithik Roshan and Anushka Sharma.

Farah says unless there is an official announcement about the casting, "let people guess".

There have been several media reports that say that Hrithik and Anushka will feature as the lead pair in the upcoming film, which is a remake of the 1982 film ‘Satte Pe Satta’, which starred Amitabh Bachchan.

Asked about truth to the report, Farah told IANS: "Rohit is producing the film and I am directing it. Unless we come together and make a proper official announcement, everything is speculation. Hopefully, we will make the announcement by Diwali. I am waiting for Rohit, because he is quite occupied these days, finishing the last leg of the shooting of his film 'Sooryavanshi'. Let people continue guessing and the reports run. I would still say those are all speculation." 'Got many offers but...': Farah Khan reveals why she never choreographed THIS Bollywood actor