Watch: Salman Khan celebrates his birthday in advance with Alia Bhatt and SS Rajamouli on the sets of 'Bigg Boss 15'

The star cast of SS Rajamouli's 'RRR' will appear as special guests on the weekend special episode of 'Bigg Boss 15'.
FPJ Web Desk 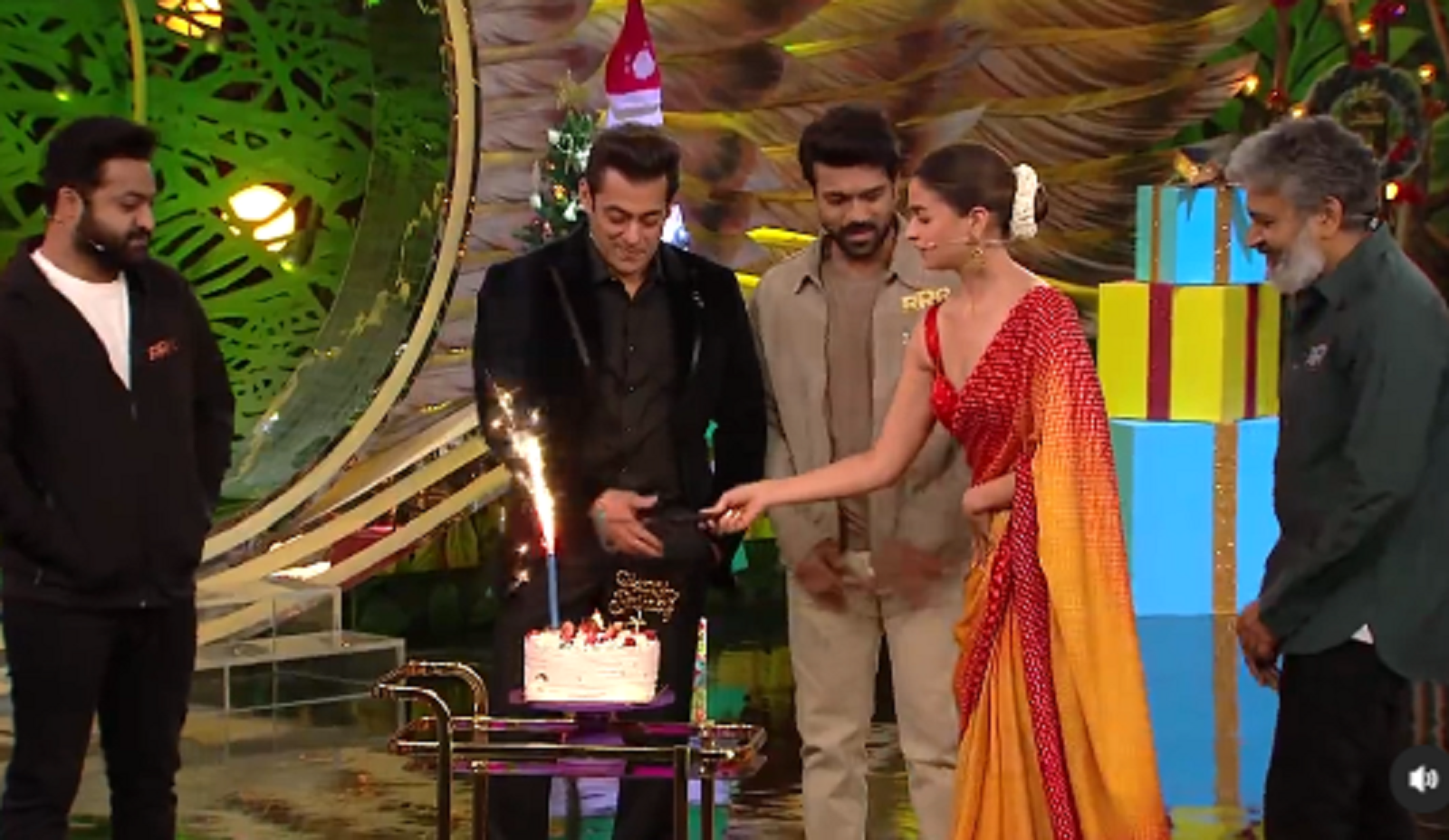 Bollywood superstar Salman Khan will turn a year older on December 27 (Monday). However, in the upcoming episode of 'Bigg Boss 15', Salman will be celebrating his birthday in advance.

The star cast of SS Rajamouli's 'RRR' will appear as special guests on the weekend special episode of the reality show to promote their much-awaited film.

According to several photos and videos doing the rounds on social media, Salman can be seen celebrating his birthday on the sets with Alia Bhatt, Ram Charan, Jr NTR and Rajamouli.

Dressed in an all-black outfit, the 'Dabangg' actor can be seen cutting a cake.

The makers of the show also shared several promos of the fun-filled episode in which Alia can be seen singing a birthday song for him. To make Salman's day even more special, Alia informs him that the contestants have a surprise for him in store.

As all of them virtually meet the contestants, the housemates give a power-packed performance on Salman's super hit songs which brought a smile to his face.

The superstar too was seen grooving along with the housemates and even performed his hook steps.

Meanwhile, on the work front, Salman is currently hosting 'Bigg Boss 15'. He will next be seen in 'Tiger 3' with Katrina Kaif.

He also announced the sequel of 'Bajrangi Bhaijaan' recently.