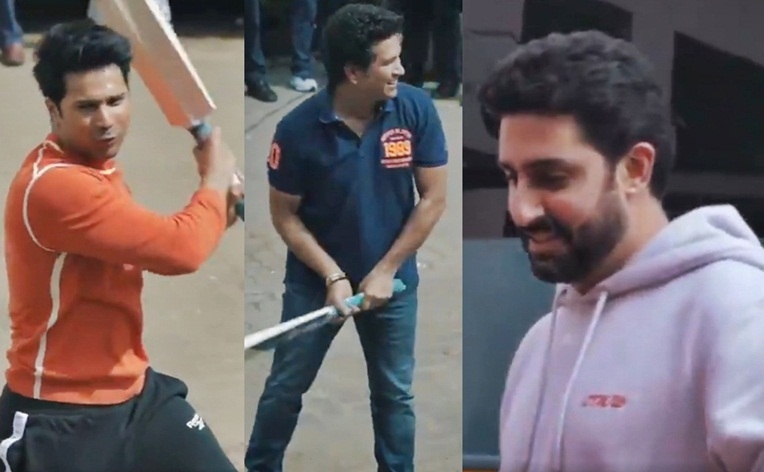 New Delhi: Batting legend Sachin Tendulkar shared a video of him playing gully cricket with actors Varun Dhawan and Abhishek Bachchan at the Mehboob studio on the occasion of National Sports Day on Thursday.

The ace cricketer visited the studio for an advertisement shoot when he was joined by Varun and junior Bachchan, who were also present there for filming a project.

Taking to Twitter, Sachin shared his experience of mixing "work with play" and said, "Had a lot of fun playing cricket with the crew during a shoot & was pleasantly surprised with Varun Dhawan dropping by along with Abhishek Bachchan who joined us for some time. #SportPlayingNation #FitIndiaMovement." The 46-year-old cricketer backed and discussed the 'Fit India Movement' launched by Prime Minister Narendra Modi on Thursday.

It’s always good to mix work with play.
Had a lot of fun playing cricket with the crew during a shoot & was pleasantly surprised with @Varun_dvn dropping by along with @juniorbachchan who joined us for some time. 😀#SportPlayingNation#FitIndiaMovement pic.twitter.com/sPqLUY08NH

"I am very happy with the movement that has been launched. As we are not just a sports-loving nation, we are also sports playing nation. So, just by saying that we are young, doesn't mean we are fit," said Sachin. 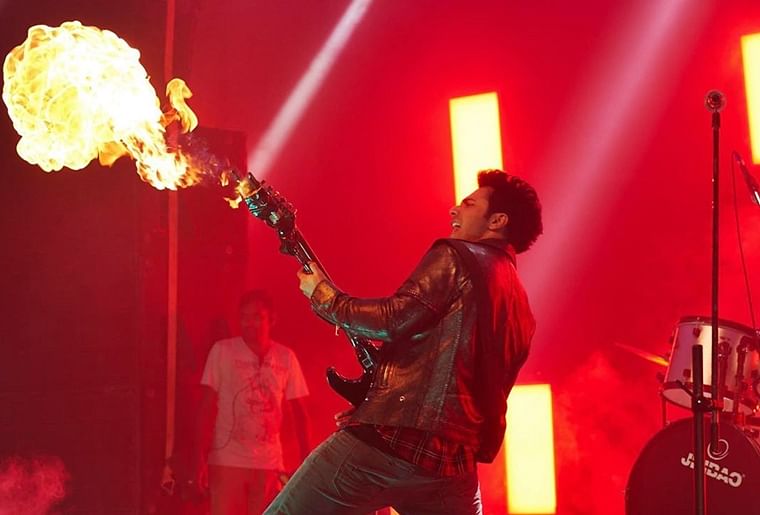 Varun Dhawan brings out the rockstar in him, sets the stage ablaze

Varun Dhawan while showing his support for the campaign informed about the importance of playing a sport to "distress." "I think playing sports is a distressing activity in general for people nowadays. They get stressed due to the office pressure and playing can help," said the actor in the discussion he had with Sachin Tendulkar.

Former Indian batsman was also seen spending time playing carrom board with senior citizens at an old age home in order to back the 'Fit India Movement.'