Watch: Ranveer Singh breaks down in tears after meeting his 'God' Govinda

In a video shared by ColorsTV on Instagram, Ranveer is seen crying on meeting Govinda, as the latter tried to calm him down.
FPJ Web Desk 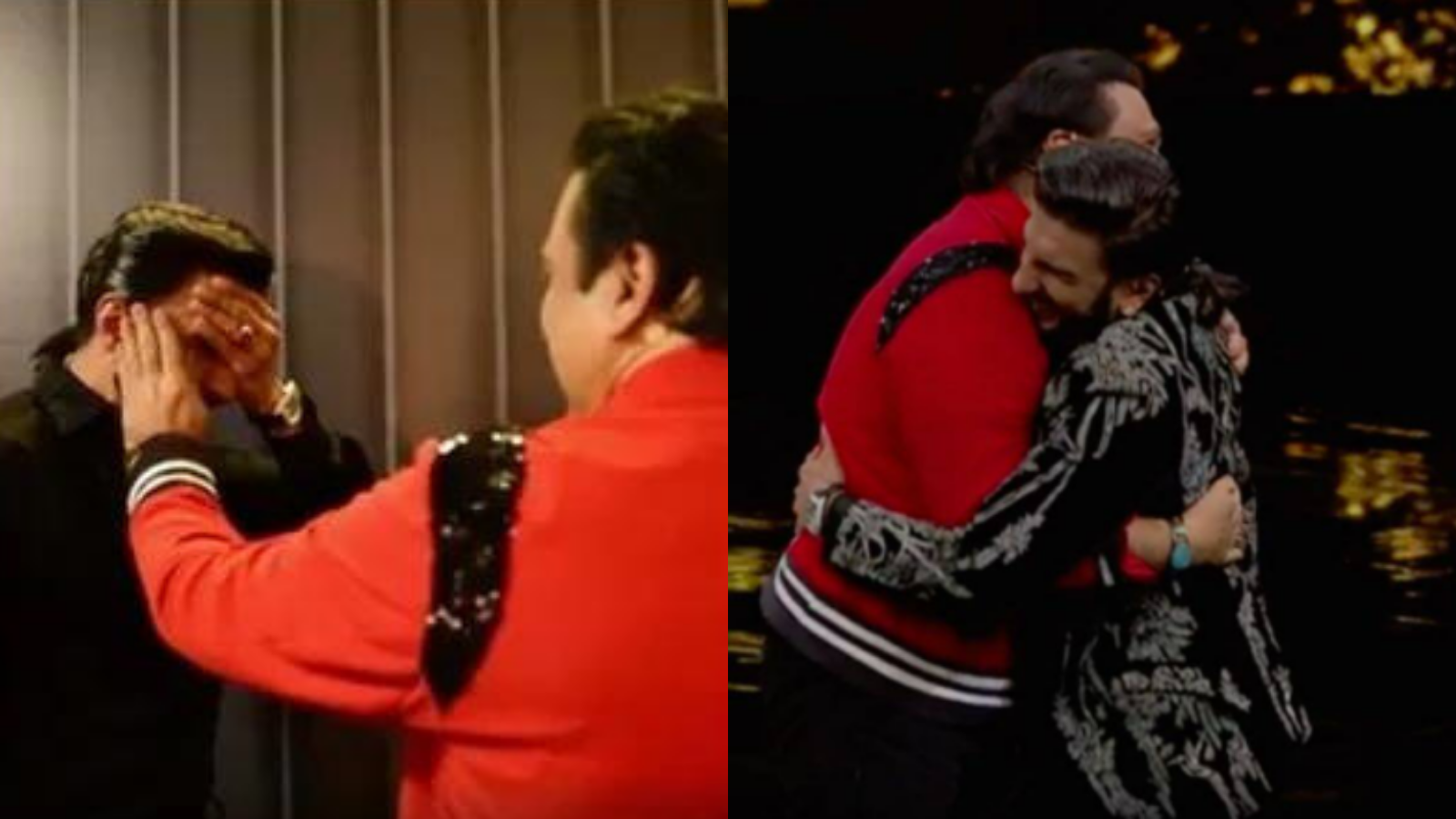 Bollywood actor Ranveer Singh recently broke down in tears as he hosted his idol Govinda on his reality show 'The Big Picture'.

In a video shared by ColorsTV on Instagram, Ranveer is seen crying after meeting Govinda, as the latter tried to calm him down.

While introducing Govinda to the audience Ranveer called him his ‘God’. “On this blessed day, my God himself is coming to meet us. The one and only, the hero number one, Govinda,”

When the ‘Hero No.1’ actor entered the stage, Ranveer even laid at Govinda’s feet, holding onto them. Govinda was overwhelmed to see an emotional Ranveer. Watch: Ranveer Singh breaks down as he talks about response for '83', says 'never received so much...

The duo danced to ‘Ishq Hai Suhana’, ‘UP Wala Thumka’ and more.

In the next clip, Ranveer revealed that he learned to rap not during 'Gully Boy' but by learning the lyrics to Govinda’s song, ‘Stop That’, from 'Gambler'.

Ranveer has always spoken about his love for Govinda. At a group interview in 2014 to promote 'Kill Dil', in which they starred together, Ranveer said, “Govindaji is a legend and the one reason to watch the film. He really is a master and his approach is very, very old school. I am probably one of his biggest fans. I have seen his films — some of them more than 50 times. I have seen all his songs. I don’t love all of his movies but I love him. He is an icon.”

Ranveer recently starred in ’83’ where he plays the role of cricket icon Kapil Dev. The film has been receiving rave reviews from critics and viewers alike.