Ranbir Kapoor who's back in Mumbai after shooting the Manali schedule of 'Brahmastra' was spotted at a football field yesterday.
FPJ Web Desk 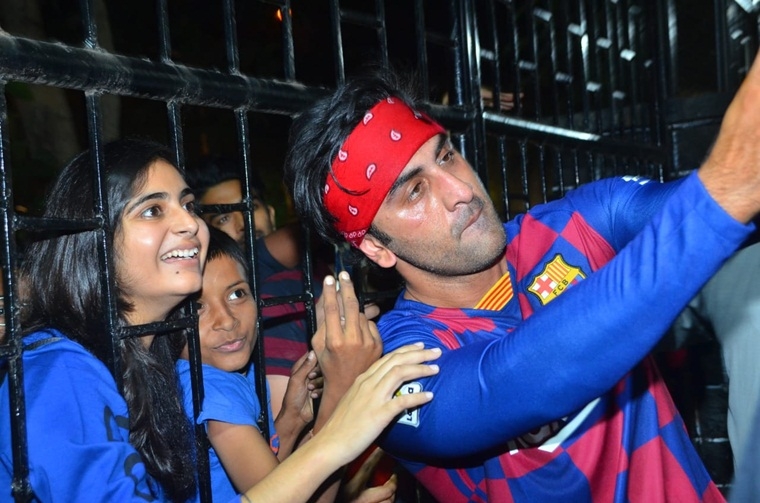 Ranbir Kapoor who's back in Mumbai after shooting the Manali schedule of 'Brahmastra' was spotted at a football field yesterday. Ranbir Kapoor, 'Dhadak' actor Ishan Khatter, Ibrahim Ali Khan and a few other celebrities were seen sweating it out on the field.

Bollywood celebrities are often spotted playing football on weekends for an iniative called, 'Playing for humanity.' Yesterday, 'Sanju' actor Ranbir Kapoor was playing football with a few other celebrities and he got injured while shooting a goal. Ranbir bruised his lower lip and unfortunately had to leave.

However, Ranbir's fans had gathered at the gate to get their fan moment and take pictures with the star. Ranbir, on his way out, obliged to his fan girls and clicked selfies with them despite getting injured. Not just that, he also possed for the paparazzi and showed them his bruised lip.

On the professional front, Ranbir will be seen sharing screen space with his real-life girlfriend Alia Bhatt for the first time ever in Ayan Mukerji's 'Brahmastra'. After getting delayed several times, the sci-fi triology is set to release in winter 2020. Amitabh Bachchan and Mouni Roy are also a part of the movie and Shah Rukh Khan has a cameo.