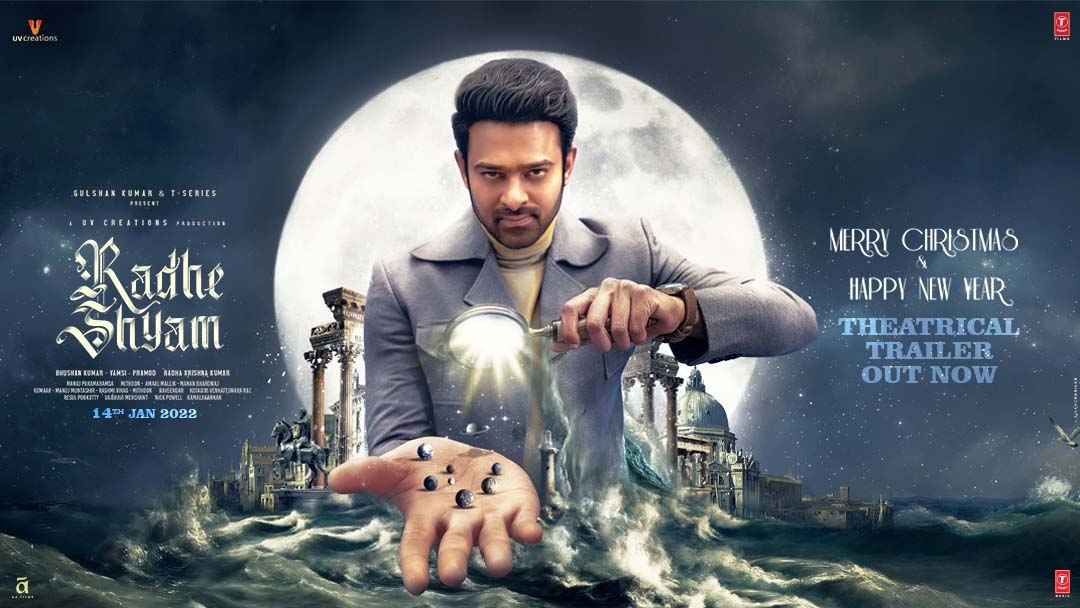 The much-awaited trailer of Radha Krishna Kumar’s magnum-opus ‘Radhe Shyam’ has finally arrived and the director seems to have left no stone unturned to make the film on an international level. While the intriguing trailer looks massive, colourful and big-scale, it also beautifully showcases various landscapes and exotic international locations besides Prabhas and Pooja Hegde’s beautiful chemistry.

It is no exaggeration to say that every visual and shot is a masterpiece. No wonder, the audience and fans of Prabhas and Pooja have gone berserk on social media watching their sizzling chemistry in this visual extravaganza but at the same time they can’t stop wondering about the mystery element and the conflict between both these lovable characters.

Till now, we have seen a few glimpses of the mighty Prabhas as a mysterious lover boy Vikram Aditya, which can be termed something extraordinary, we have never seen in Indian cinema. The glimpses convey the storyline of a unique love story. In the trailer, we saw how the story unfolds, but mystery is created.

There is no doubt that Prabhas’ role is a very unique one. No actor comes to mind when recalling last time an actor played the unique role of a Palmist. The fans of the megastar are surely in treat with multiple gifts with his portrayal of his role in ‘Radhe Shyam’.

The excitement around the iconic spectacle featuring Prabhas and Pooja has increased many folds as it has been a subject of heated discussion ever since the film was announced. It gives us a glimpse of the intriguing ride in store and has built the anticipation further for audiences wanting more.

Gulshan Kumar and T-Series present 'Radheshyam' a UV Creations production. Directed by Radha Krishna Kumar and edited by Kotagiri Venkateswara Rao. The film is produced by Bhushan Kumar, Vamsi and Pramod, the movie releases on January 14, 2022.