Watch: Priyanka Chopra stuns in sexy swimsuits, tries water-skiing in Spain as she takes a day off from 'Citadel' shoot

In her first photo, the actress looks gorgeous as she poses on a yatch in a sexy yellow swimsuit, which she paired with a cream summer hat
FPJ Web Desk 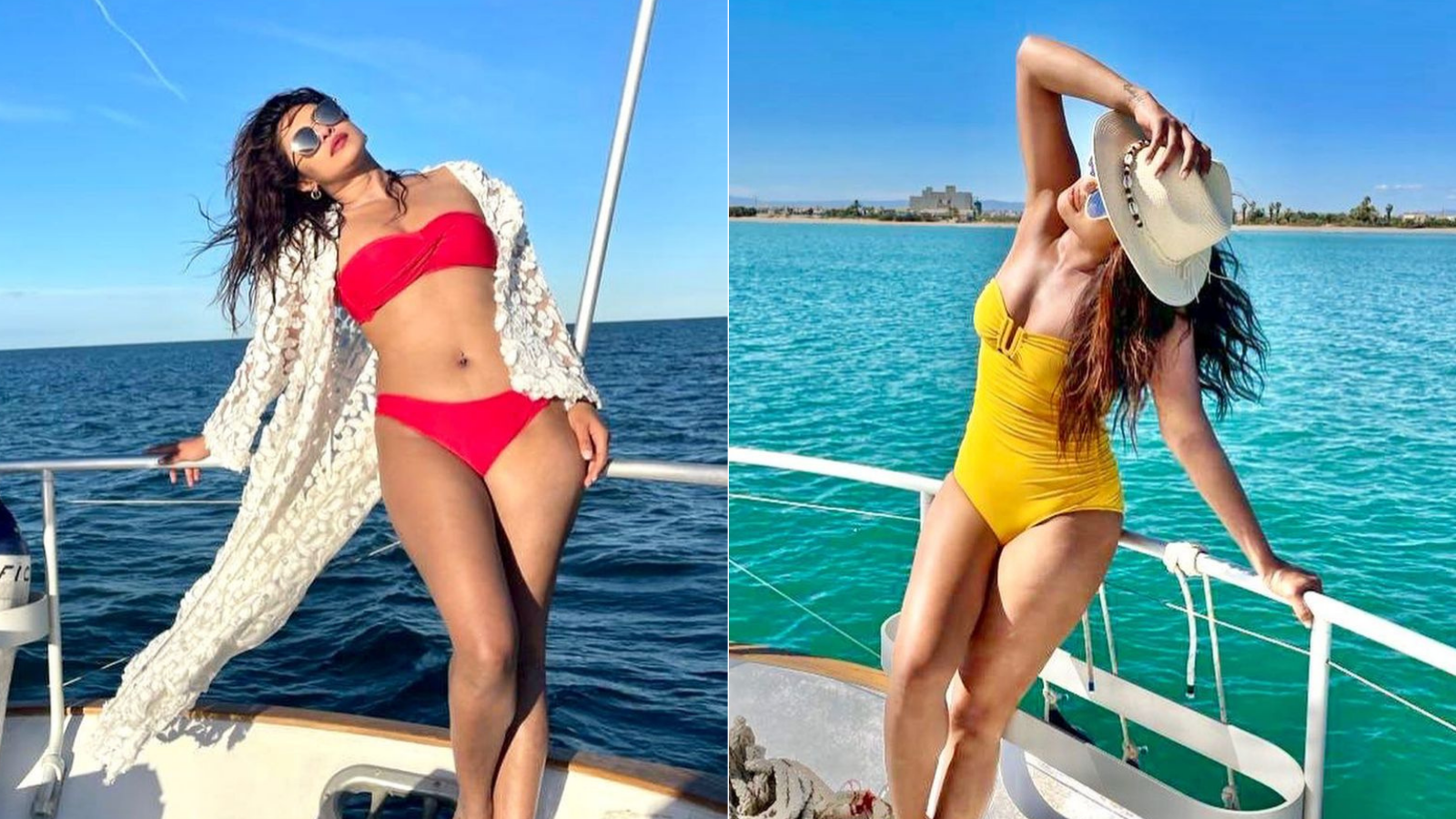 Global star Priyanka Chopra Jonas, who is currently in Valencia, Spain, filming 'Citadel' took a day off on Tuesday and had a whole lot of fun with her mom Madhu Chopra and co-star Osy Ikhile.

On Instagram, the actress shared a series of stunning photos of herself in a sexy red bikini and yellow monokini.

In her first photo, the actress looks gorgeous as she poses on a yatch in a yellow swimsuit, which she paired with a cream summer hat.

The following pictures show Priyanka making memories with her mom, her pet Diana and her friends. In the last picture from PeeCee's photo album, the actress can be seen sporting a red bikini and a white shrug.

Priyanka's photos have sent the internet on fire and have especially made her singer husband Nick Jonas, who is in Los Angeles right now, miss her.

Sharing her stunning photos on Instagram, Priyanka wrote, "A perfect day off". Moments after she posted the photos, Nick took to the comments section and wrote, "Damn girl."

In another post, Priyanka also tried out some water-skiing. "Water baby," she called herself.

Take a look at her photos and videos below:

Priyanka has been extensively travelling due to work commitments. The actress who has been stationed in the UK since last year is now in Valencia shooting for her upcoming spy-thriller.

She is currently shooting for her upcoming series 'Citadel'. Helmed by 'Avengers' makers Joe and Anthony Russo, 'Citadel' is a spy thriller series co-starring Richard Madden slated for OTT release.

Described as an "action-packed spy series with a compelling emotional centre", 'Citadel' will be executive produced by 'Avengers: Endgame' directors Anthony and Joe Russo along with former ABC Studios president Patrick Moran and Mike Larocca.

Apart of 'Citadel', Priyanka has an impressive lineup of projects in her kitty that includes the much-awaited film 'Matrix 4'. Apart from that, she will also be seen in 'Text For You' and recently announced Bollywood film 'Jee Le Zaraa' with Alia Bhatt and Katrina Kaif, which will mark actor-filmmaker Farhan Akhtar's return as a director.