Watch 'One Mic Stand' Season 2 Trailer: Karan Johar reveals his mom's savage reply when he asked about getting Botox

The trailer opens with Dharma honcho Karan Johar who shares that he fears cracking a joke and no one laughs.
FPJ Web Desk 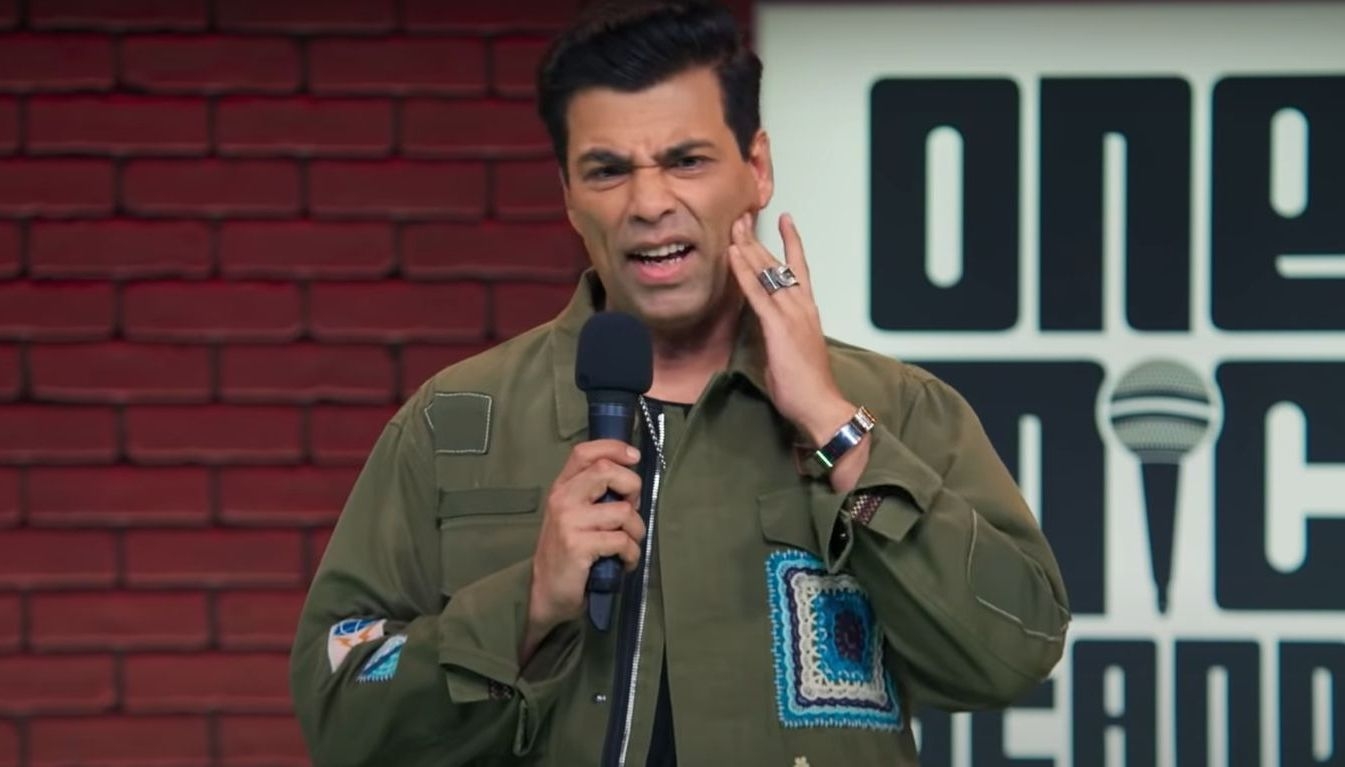 The trailer of celebrity comedy series 'One Mic Stand' Season 2 featuring Sunny Leone, Karan Johar, Chetan Bhagat among others, is out.

After the success of the first season, collaborating with Only Much Louder (OML), the Season 2 of Amazon Original Series will be hosted by Sapan Verma, who is also the creator of the show.

Celebrities in the show, which also include rapper Raftaar and journalist Faye D'Souza will be mentored by some of the popular comedians in India like Sumukhi Suresh, Samay Raina, Neeti Palta, Atul Khatri and Abish Mathew.

The trailer opens with Dharma honcho Karan Johar who shares that he fears cracking a joke and no one laughs. He then goes on stage and reveals what his mother Hiroo said when he asked her about getting Botox.

He claimed that his mother said, “Your face is fine, what about your film scripts, they need fillers."

Watch the full trailer below.

Sapan Verma, creator and host of 'One Mic Stand' Season 2, said "The overwhelming response from the audience for Season 1 motivated us to make the upcoming season bigger and better. Season 2 brings together a diverse range of talented celebrities who will try their hand at comedy for the first time. You've seen them excel as leaders of their own industries before, but you will get to see a completely different side of them on the show."

Talking about the show, Aparna Purohit, Head of India Originals, Amazon Prime Video India said, "One Mic Stand, a show that does not just explore the funny, witty facets of your favourite celebs but also gives a peak into their tense, anxious and vulnerable moments as they walk up on the stage."

"This raw yet riveting format captured the imagination of the audiences and helped expand the comedy zeitgeist in the country. We are extremely excited to bring Season 2 which brings together a diverse set of celebs who are attempting stand-up comedy for the first time ever. And cheering them are their mentors who are seasoned comics. I am thrilled to share that a format that was pioneered in India is currently being adapted in Germany and the production is currently underway!" she further added.

The show releases on October 22 on Amazon Prime Video. 'Ranveer is intense and Alia is pretty cool': Shabana Azmi on her co-stars in Karan Johar's Rocky...