Watch: Nora Fatehi danced on ‘Kusu Kusu’ with a bleeding foot after getting hit by a glass piece

The film’s director Milap Zaveri jokes with Nora that she now resembles Hema Malini from ‘Sholay’, who danced on glass in the film.
FPJ Web Desk 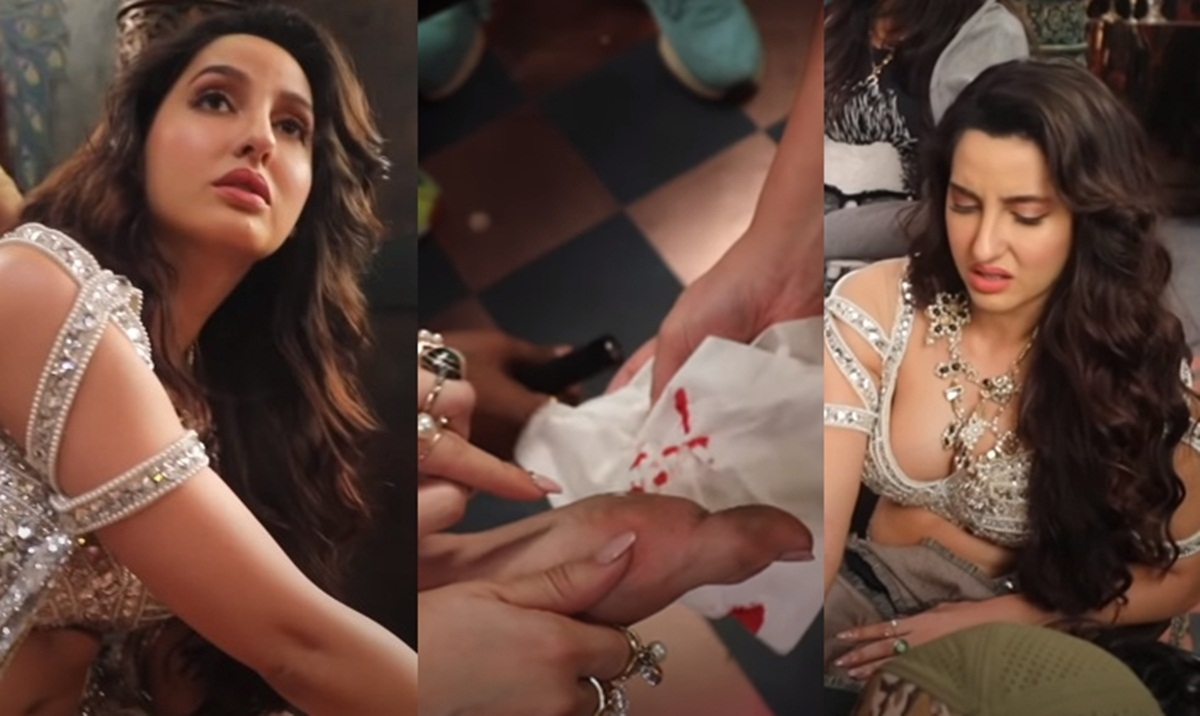 Actress Nora Fatehi, who recently featured in yet another foot-tapping dance number in 'Satyameva Jayate 2' titled 'Kusu Kusu' literally put in her blood and sweat during its filming.

In a behind the scenes vlog, Nora can be seen conducting a rehearsal with the dancers ahead of their shoot. She then goes on to wear high heels and an exotic costume for her final showdown on set.

However, it is later revealed that Nora was hit by a glass piece which left her with a bleeding foot. The film’s director Milap Zaveri jokes with Nora that she now resembles Hema Malini from ‘Sholay’, who danced on glass in the film.

Turning into the lucky charm for John Abraham, Nora collaborates with the actor yet again after 'Dilbar', 'O Saki Saki' and 'Rock Tha Party' while the actress marks her hat-trick with filmmaker Milap Zaveri post 'Dilbar' and 'Ek Toh Kam Zindagani'.

Earlier, Nora mentioned that while filming the song, she almost choked because of her costume.

The second look of the song features Nora in a veil cape attached to her bodysuit. The cape was tied to her necklace. However, due to the weight of the heavy veil, the necklace choked Nora and even left bruise marks.

Talking about the experience, Nora said: "On sets we often have minor incidents like scraping of knees, bleeding of feet, or something like that, but this definitely has been my worst experience on set. The necklace was extremely tight around my neck because of the weight of the cape and since I was constantly moving, it kept brushing more leaving really horrifying marks at the end of the shoot.

She added: "It almost felt like someone has tied a rope around my neck and dragged me across the floor, but because we had limited time for the shoot, I continued to film the song and only took a break after we completed the sequence."

'Satyameva Jayate 2' directed by Milap Zaveri is a sequel to the 2018 vigilante action film 'Satyamev Jayate' and stars John Abraham in his fight against systematic corruption. The film is all set to release on November 25. Nora Fatehi amps up her airport look with a mini bag worth Rs 80,000; see photos