One of the hottest TV actresses, Mouni Roy, continues to dazzle her fans with stunning photos.
FPJ Web Desk 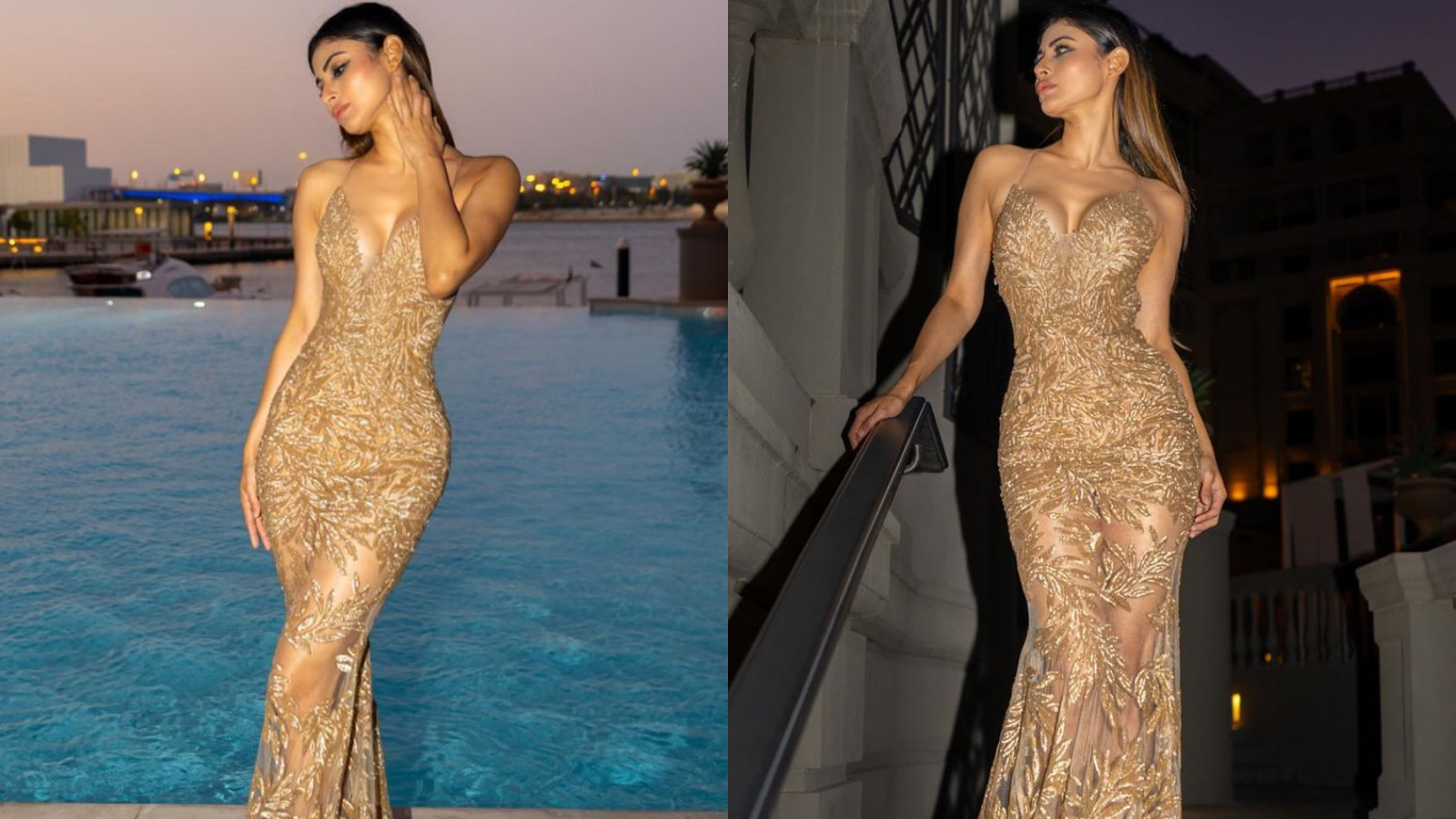 One of the hottest actresses, Mouni Roy, often treats her fans with stunning photos. Mouni's Instagram is filled with captivating photos and videos of herself and she has recently added one more to the list.

Mouni took to the photo-sharing app to post a video and stunning photos of herself in a ravishing backless golden outfit with a plunging neckline and it is sure to make your jaw drop.

In the photos, Mouni is seen posing in front of beautiful backdrops in Dubai. She captioned the photo, "Tis was all magic".

Mouni made her Hindi cinema debut in Reema Kagti's 'Gold', which was a critical and commercial success and got her a nomination for the Filmfare Award for Best Female Debut.

On the work front, Mouni will be seen in Ayan Mukerji’s ‘Brahmastra’ that stars Ranbir Kapoor and Alia Bhatt in the lead roles. The movie will also feature Amitabh Bachchan, Akkineni Nagarjuna, and Dimple Kapadia in key roles.