Watch: Manoj Muntashir reacts to plagiarism allegations, says 'none of my creations are 100 percent original' 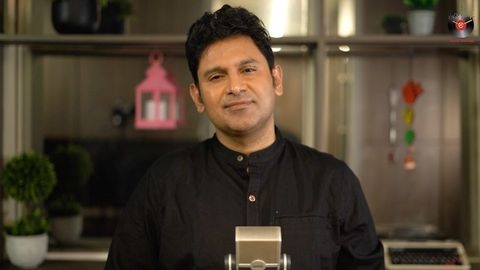 Watch: Manoj Muntashir reacts to plagiarism allegations, says 'none of my creations are 100 percent original' |

Manoj Muntashir, who wrote the popular track 'Teri Mitti' for Akshay Kumar's 'Kesari' film, has reacted to allegations of plagirism and said that none of his creations are purely original.

The poet has been accused of copying 'Mujhe Call Karna' from writer Robert Lavery’s 2007 poem. The poem is part of Muntashir's book 'Meri Fitrat Hai Mastana'.

In a video, Muntashir said, "None of my creations are 100% original. File petitions against me and I will respect every decision of the court. Momin’s lines inspired one stanza of the song Teri Galiyan, Tere Sang Yara was inspired by Firakh Gorakhpuri’s couplets and my own song Teri Mitti has been translated in so many languages but I do not think my name was written anywhere."

"I am not going to stop or bend. It is only my talent and hard work that have brought me from Gauriganj streets to Rajpath. I am being punished for being a nationalist. Those attacking me must know, it is impossible to stop me. Kindly check if I mentioned Robert Lavery’s name. Get at it now. I am Manoj Muntashir Shukla and I am proud of it," the writer added.

In the 17-minute video, he spoke about how Bakim Chandra Chatterjee's 'Vande Mataram' inspired music maestro AR Rahman for 'Maa Tujhe Salaam'. But, the Rahman didn't have to give Chatterjee credit as his work was available in public domain, he said.

"Robert Lavry’s poem is in the public domain and I interpreted it in my way," he said.

"Those making these allegations should kindly check the video which has been uploaded many months after the release of our film, Kesari. And for your kind information the singer is not Pakistani but our very own Indian folk singer Geeta Rabari. You can call and check with her, too," Manoj Muntashir said.

He added: "India has only two original literary works – Valmiki’s Ramayan and Ved Vyasa’s Mahabharat, everything else that has been written is inspired by these works."