Watch: Kartik Aaryan steps out of his car in crowded Delhi street - here's what happened next

In the video, Kartik can be seen surrounded by his fans as he stepped out of his car in a crowded street of Delhi recently
FPJ Web Desk 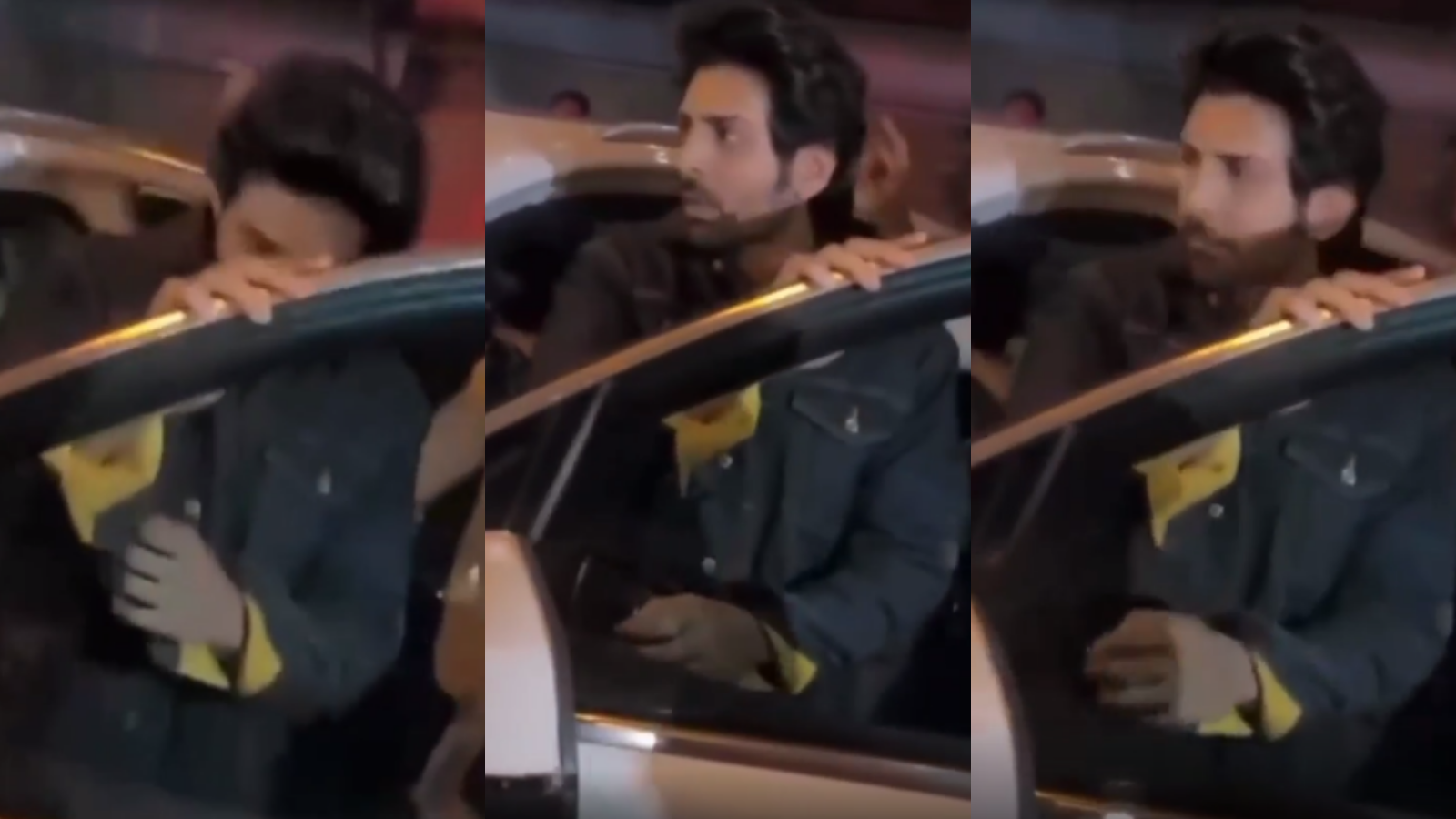 Bollywood actor Kartik Aaryan has commenced the second schedule of 'Shehzada' in Delhi.

After wrapping the 20-day first schedule in Mumbai's Film City, the team has moved to Delhi to shoot the exterior portions of the film where the storyline is based.

A video of the 'Dhamaka' actor has gone viral on social media, in which he can be seen surrounded by fans as he stepped out of his car in a crowded street of Delhi.

The video shows Kartik standing in front of his car, with the door open. A huge crowd of fans assembled around him. One fan, who appears to be taking the video, keeps calling out to the actor as 'Kartik bhai'. Kartik smiles and waves at the fan.

However, it is not clear whether Kartik was shooting at the location or he decided to make an off-set trip. Take a look at the video here:

During the promotions of Dhamaka, Kartik was spotted enjoying street-side food in Mumbai.

Meanwhile, from what we hear, Kartik and Paresh Rawal will shoot the crucial sequences of 'Shehzada' in Old Delhi. Actress Kriti Sanon, who plays the lead role in the film, will join the team after her work trip to London.

Taking to Instagram on Thursday, Kartik posted a picture of the location with Jama Masjid in backdrop.

With Rohit Dhawan at the helm and Kartik, Kriti, Manisha Koirala, Paresh Rawal, Ronit Roy and Sachin Khedkar in the lead, the film ticks all boxes of a blockbuster in the making.

The film is an action-packed family musical film, with music by Pritam.