Earlier, Ankita and Vicky had planned a red carpet event for the media but now it has been cancelled owing to the rise in the number of Covid cases
FPJ Web Desk Kangana took to her Instagram account to give a glimpse of the couple. In the pictures and videos, Kangana can be seen wearing a navy blue coloured lehenga choli with heavy jewellery and a sheer dupatta.

On the other hand, Ankita looked stunning in a shimmery lehenga, while Vicky donned a black suit.

Kangana posted a couple of photos of herself on Instagram with a heart emoji and wrote, "Make love not war... Aaj mere yaar ki shaadi hai... @lokhandeankita."

On her Instagram stories, Kangana also shared video clips and pictures from the sangeet. In one of the pictures, she can be seen hugging the bride-to-be.

In another clip, she posed with Ankita and Vicky as they smiled. Kangana wrote, "Most gorgeous couple" and tagged the duo.

Sharing another video of the couple, the 'Tanu Weds Manu' actress wrote, "Bahut badhaiyan...duniya ki sari khushiyan tum dono ke liye (Many congratulations...may you be blessed with all the happiness in the world)."

In one of the photos, she can be seen sitting with the couple. "Yes of course we discussed her planet size diamond ring." Along with another photo, she wrote, "@lokhandeankita will always have my heart. Love you girl." 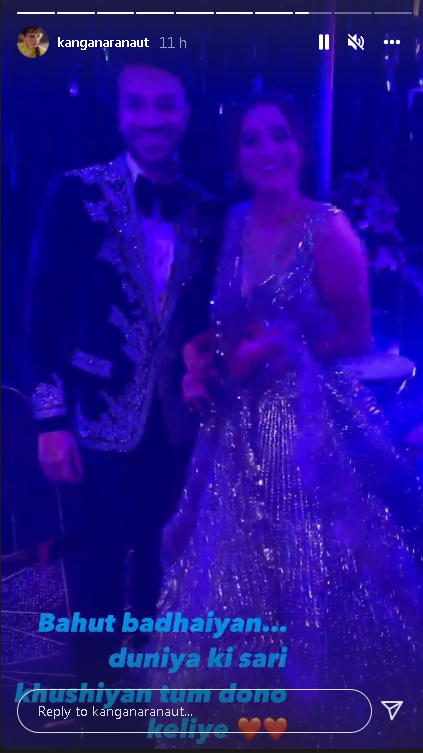 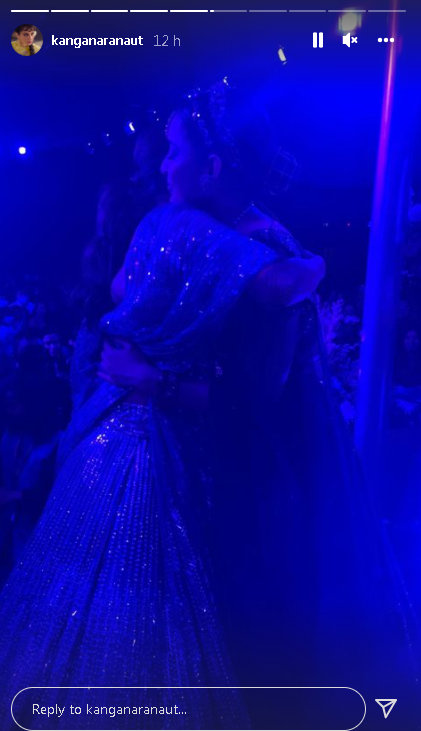 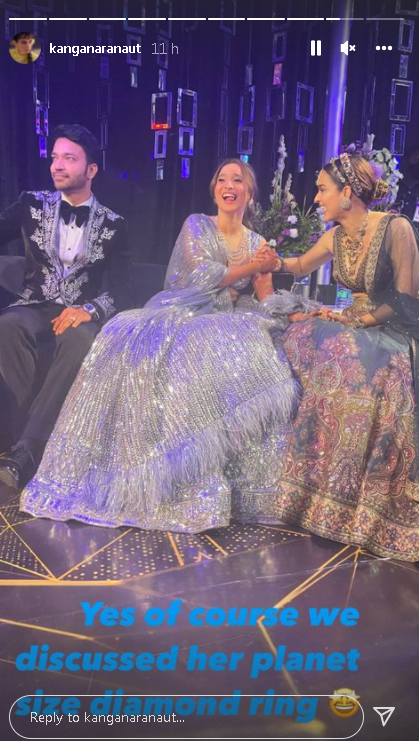 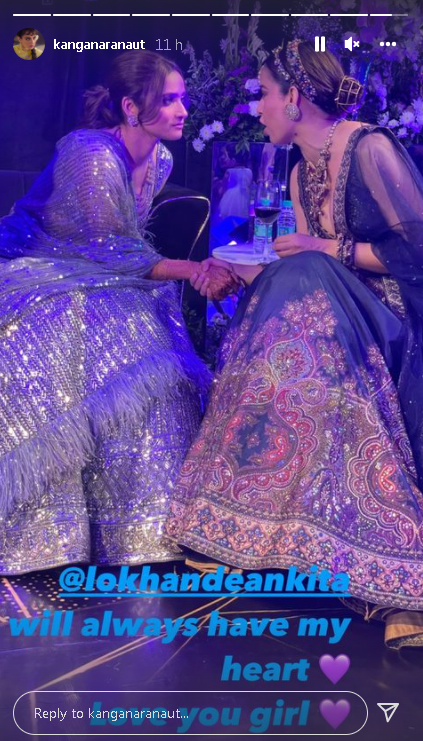 Kangana and Ankita worked together in 'Manikarnika: The Queen of Jhansi'.

Ankita and Vicky are getting married on Tuesday in a private ceremony due to the Covid-19 pandemic.

Earlier they had planned a red carpet event for the media but now it has been cancelled, according to the reports.

They have asked everyone to wish them on their special day. In 2019, Ankita made her Bollywood debut with 'Manikarnika' and followed it up with the action film, 'Baaghi 3'. 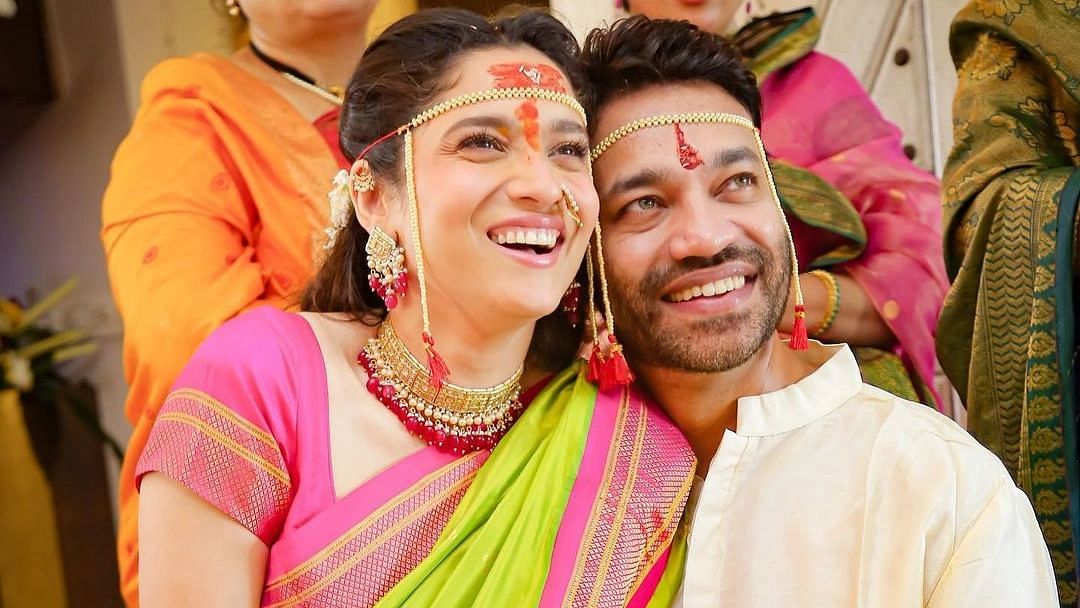 Photos: Ankita Lokhande, Vicky Jain give a sneak peek into their pre-wedding celebrations