The 'Bhoot Police' actress, who often leaves netizens in splits with her hilarious videos, once again drew applause for her acting.
FPJ Web Desk 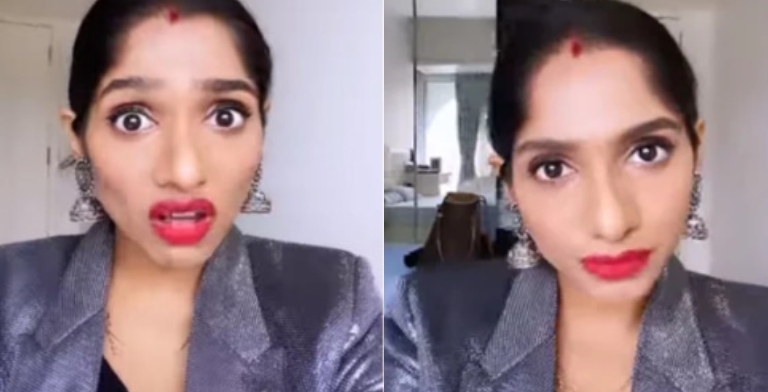 In the video, which is going viral on social media, Jamie is seen imitating Sonam's accent. She's seen wearing a silver jacket with black t-shirt, sporting a red lip and vermillion. Jamie is seen going through Instagram filters, which are named after popular cities around the world including Paris, Lagos, Jaipur, Abu Dhabi and Tokyo.

"I have been to all these places but they don't have London, New York or Juhu on this. That's not fair yaar. I think we should start our own trend, do you know what I mean," Jamie Lever says in the hilarious video.

"Sonam’s here.. make way," she wrote in the caption.

Reacting to the video, a user wrote, "You are too good. Super creative. True that we need More Indian places in this."

"That oo ooo ooo. You are perfect as Johny sir's daughter...we can see him in your comedy," commented a fan.

She was among the other topmost Iconic personalities who were recognized for their contribution to their respective sectors, social work and COVID relief efforts.