Bollywood actor Tiger Shroff on Sunday did squats lifting 140 kgs weight and said that he was inspired by Indian weightlifter Mirabai Chanu, who bagged a silver in the Women's 49kg category at Tokyo Olympics.
FPJ Web Desk 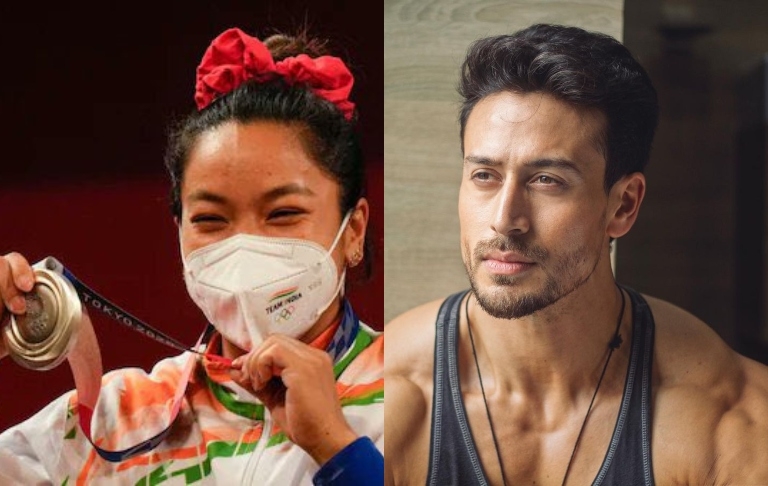 Bollywood actor Tiger Shroff on Sunday did squats lifting 140 kgs weight and said that he was inspired by Indian weightlifter Mirabai Chanu, who bagged a silver in the Women's 49kg category at Tokyo Olympics.

Penning down an appreciation post, the fitness freak wrote: " 140 kgs and counting…So so inspired to get stronger and go beyond my limits thanks to #mirabaichanu what a performance! team india! #tokyoolympics"

Weightlifter Mirabai Chanu opened India's medals tally on Saturday as she won a silver medal at the Tokyo Olympics.

Chanu lifted a total of 202 kg (87kg in snatch and 115kg in clean and jerk) during her four successful attempts in the competition.

With this monumental silver medal, Chanu has become the second Indian weightlifter to win an Olympic medal after Karnam Malleswari bagged bronze in the 69kg category at the 2000 Sydney Games when the weightlifting arena was opened to women for the first time. 'It was a genuine mistake': Tisca Chopra apologises for congratulating Mirabai Chanu with Indonesian...

Meanwhile, Tiger, on the film front, recently completed the first schedule of shooting for the sequel of his 2014 debut movie 'Heropanti'.

'Heropanti 2' is slated for release on December 3 this year. Apart from Tiger, the sequel will also star Tara Sutaria in the lead role. The movie is being directed by Ahmed Khan, who also directed Tiger's last release, 'Baaghi 3'. The film's music will be composed by A R Rahman, with the lyrics penned by Mehboob.

Apart from this, Tiger also has an interesting lineup of movies- 'Baaghi 4' and 'Ganpath' co-starring Kriti Sanon in the pipeline.