In the clip, a fire brigade truck can be seen arriving at the location as smoke appeared from the skyrise.
FPJ Web Desk 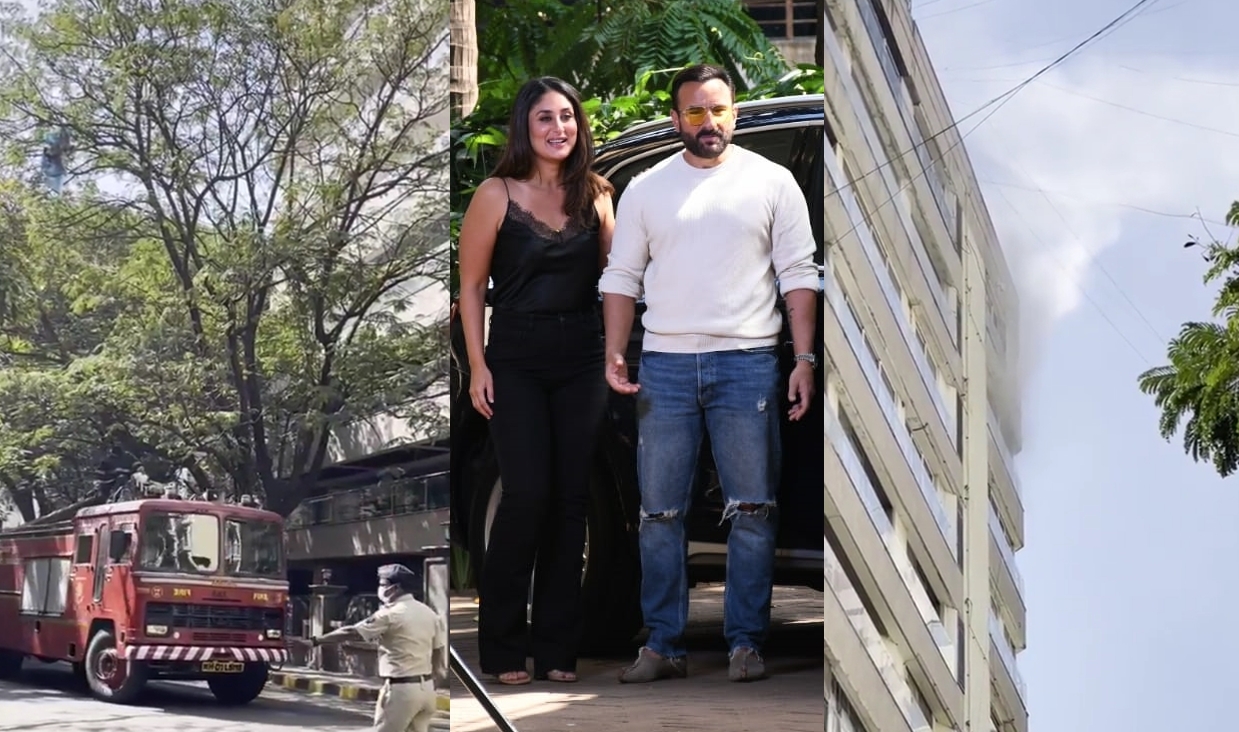 On Saturday morning, Saif and Bebo were spotted at Khar by the paparazzi. Simulatenously, a video surfaced on social media, which showed that a fire broke opposite their residence.

In the clip, a fire brigade truck can be seen arriving at the location as smoke appeared from the skyrise.

Meanwhile, on the work front, Kareena will be next seen in 'Laal Singh Chaddha' opposite Aamir Khan.

On the other hand, Saif was recently seen in Yash Raj Films’ 'Bunty Aur Babli 2'. The comedy film pits two sets of con artists, from different generations, against each other as they show their mastery over disguises to outwit each other. The film also stars Rani Mukerji, Siddhant Chaturvedi and debutante Sharvari.

It released on November 19.

Saif will also feature in the upcoming mythological film 'Adipurush' directed by Om Raut. The actor will play the role of Raavan, while his co-star Prabhas will play Ram. Besides the two, actress Kriti Sanon will play Sita, and Sunny Singh will essay the role of Lakshman.