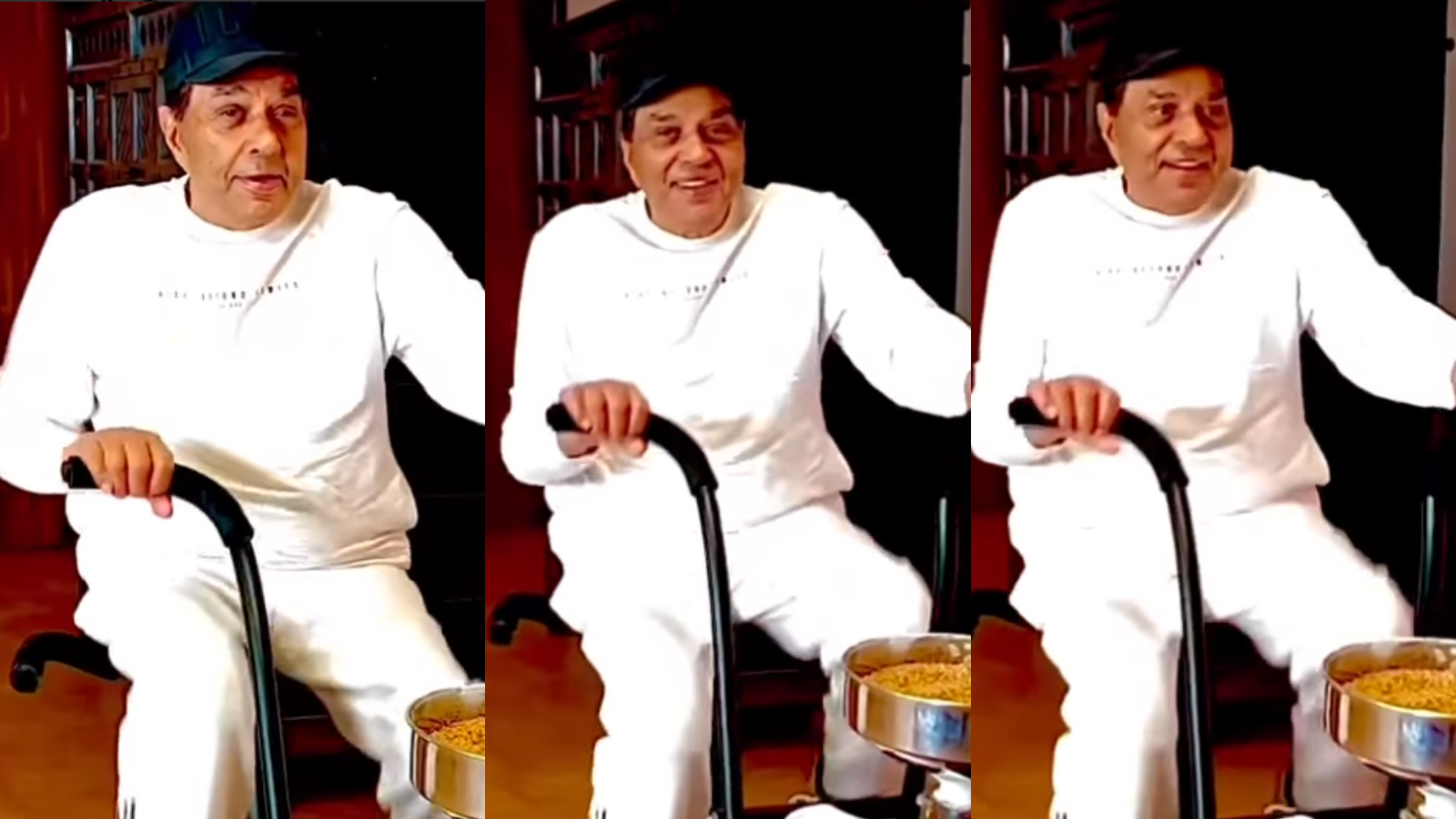 Taking to Instagram, the 86-year-old actor shared a video in which he can be seen cycling while grinding flour.

Dharmendra, who can be seen in a white tracksuit, is seated on his exercise bike which has a grinder mounted on it. He later looks into the camera to share the idea behind his efforts.

The veteran star revealed that he decided to opt for the desi activity of 'chakki peesna' (grinding flour) as an alternative to exercise. He also enacted his iconic 'chakki peeecing' dialogue from his superhit film 'Sholay'.

Moments after he shared the video, his daughter Esha Deol dropped hug emoji, okay sign, black heart and evil eye icons. Dharmendra responded with, "@imeshadeol So happy to know you liked it. Love you."

A couple of months back, the actor had shared a video of himself doing water aerobics. "Friends, with his blessings and your good wishes I have started water aerobics. Love 💕 you for your loving response to my posts," he had captioned the post.

He will also join his sons - Sunny and Bobby Deol in 'Apne 2'. The sequel to the 2007 film will also reportedly feature Abhay Deol and Karan Deol.