Badshah feels 'Bachke Rehna Re Baba' compliments the vibe of the film - fast-paced and full of energy.
IANS 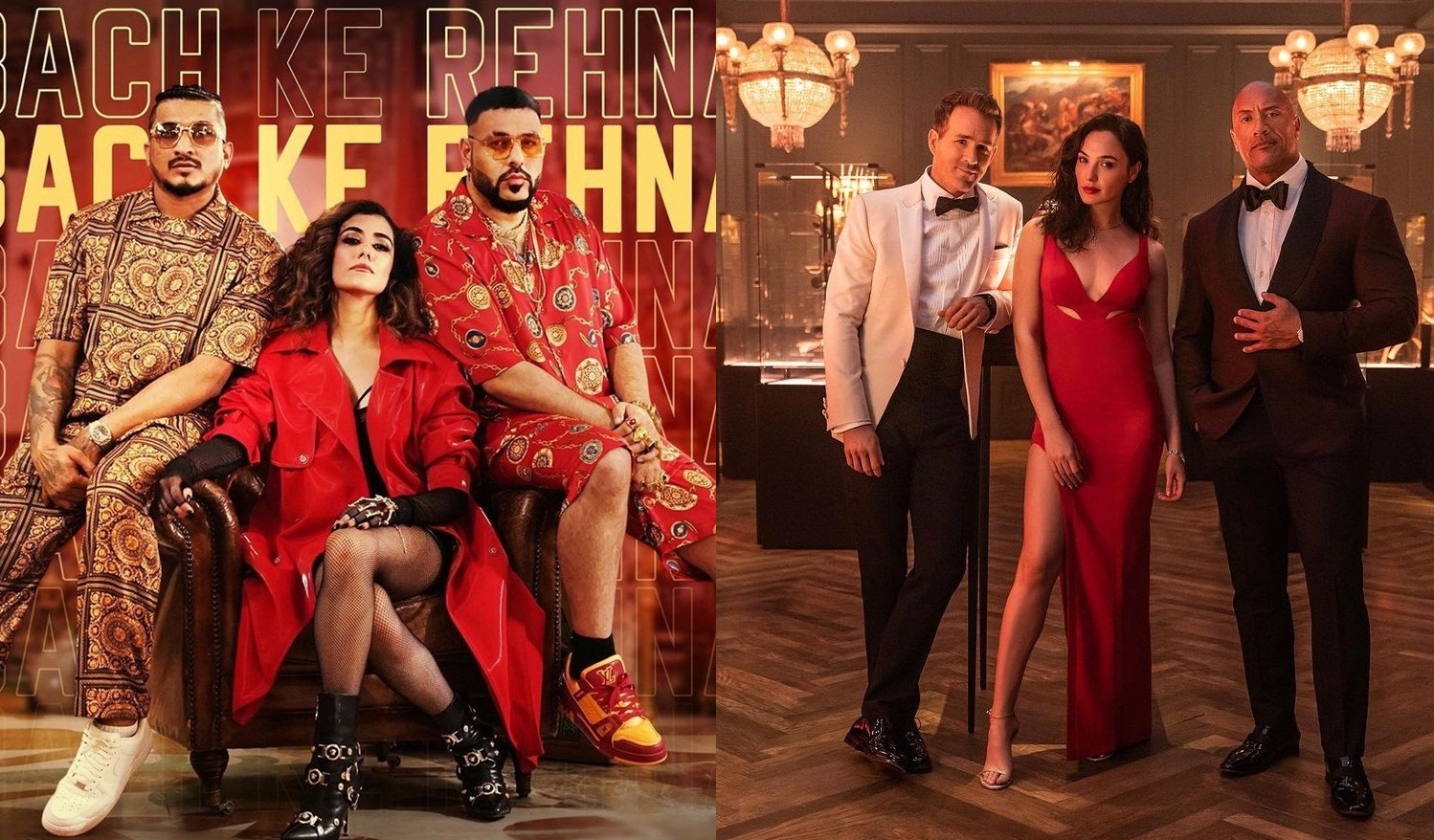 Rapper Badshah said: "The song 'Bachke Rehna Re Baba', the R.D. Burman classic, is a perfect song for the hustle of the streets. I am excited to finally see a Divine X Badshah collaboration coming through. I think it's a defining moment for the current music scene as well. And Jonita is just the icing on the cake."

Badshah feels 'Bachke Rehna Re Baba' compliments the vibe of the film - fast-paced and full of energy.

He added: "We had a great time remaking the song, giving it a modern desi bop vibe, and then shooting it. We took a month to finish the entire song, from the brief to creating the mix and then the master.

"Divine is incredibly talented and I am glad to get this opportunity to work with him. We jammed with each other and with Jonita and Mikey on a couple of sessions to get the feel of the song right. Cannot wait to share it with the audience and for Red Notice to drop on Netflix soon."

The song is a groovy new take on the iconic Hindi Song 'Bachke Rehna Re Baba' highlighting the action and adventure packed hunt for Cleopatra's golden eggs which is at the core of the film.

This is the first time that Badshah and Divine have come together to create music, and have been supported by the charm of Jonita Gandhi and the musical brilliance of Mikey McCleary.

Rapper and songwriter Divine said: "The original is a classic and adapting it to this new age version was a cool experience. Shooting it was another amazing experience as we took some interesting elements from the film and gave it a uniquely Indian twist. Hope the fans love it as much as we did creating it."

Inspired by the film, the video of the song showcases a thrilling heist and an intense chase for the golden eggs across various locations.

The video, directed by Reema Maya, captures the essence of the film and India perfectly through the action packed video. Just like the video, the artists had an adventure creating the song as they were actually in three different places when the song was made.

It was produced out of New York by Mikey McCleary while the singers were in Chandigarh, Goa and Mumbai.

"It is always a challenge to do justice to classics, and so singing the iconic hook line 'Bachke Rehna Re Baba' with added sass and attitude was a challenge that I was excited to tackle. I hope people enjoy our rendition! Of course, having the support of the powerhouses that are my co artists on this one helped immensely," says singer Jonita Gandhi.

Adding to that, composer, music producer and artist, Mikey McCleary, said: "Our rendition of 'Bachke Rehna Re Baba' for Netflix's 'Red Notice' with Divine and Badshah is a combination of a timeless classic song and an original contemporary edgy rap track.

"I composed and produced the track remotely from New York with the artists recording from various locations in India. My aim was to create an exciting, cool and adrenaline-filled track which connects with the theme of the film, 'Red Notice'. Everyone has done a great job and it's turned out terrifically."