Ayushmann Khurrana shared an anecdote about the transformation.
ANI 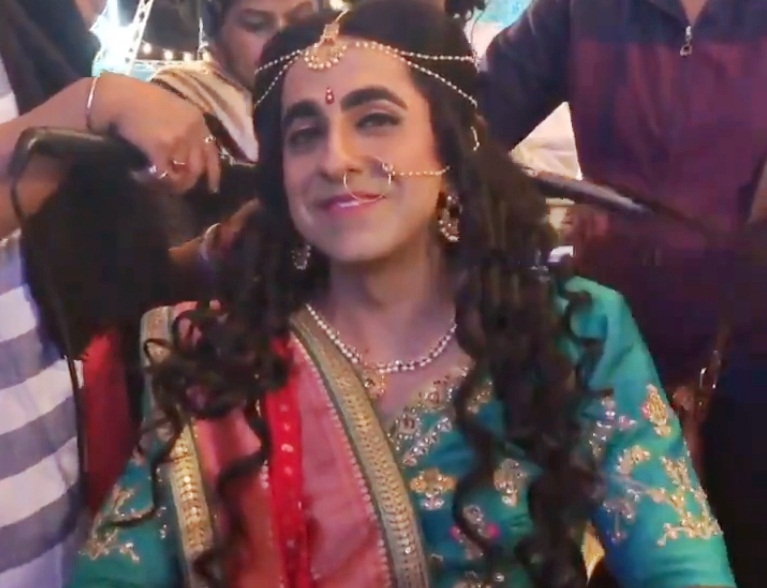 New Delhi: Ayushmann Khurrana, who left the audience in splits with his latest yet unique avatar in 'Dream Girl', shared an anecdote about the transformation.

The actor who mimicked a few Indian goddesses in the flick narrated what he had to go through, while he was dressing up for playing Radha in one of the scenes in the flick.

From wearing a tight 'Kamar Bandh' (waistband) to mocking the nose ring (nathni) as a bullock cart, Ayushmann described the painful experience he underwent to make his audience laugh.

His co-star Nushrat Bharucha, who shared the rib-tickling BTS on her Twitter handle, is heard asking him the can-can under his skirt which he opted to dodge saying, "can-can is cannot."

However, the 'Andhadhun' actor seemed relieved from the trouble of sporting a pair of heels since his "Krishna" happened to be shorter than him! This clip comes after the trailer of the film was dropped a few days back where Ayushmann left fans rolling on the floor laughing. The upcoming film has aroused curiosity among the audience ever since it was announced with a promo video in November. The video showed Ayushmann discussing what to work on next with his team.

While they come up with overdone content, the waiter suggests a script which the actor ends up loving and choosing for his next film.

Apart from Ayushmann, Anu Kapoor will be seen essaying the role of his father.

Backed by Ekta Kapoor, the film is being helmed by Raaj Shaandilyaa and is slated to hit the big screens on September 13 this year.