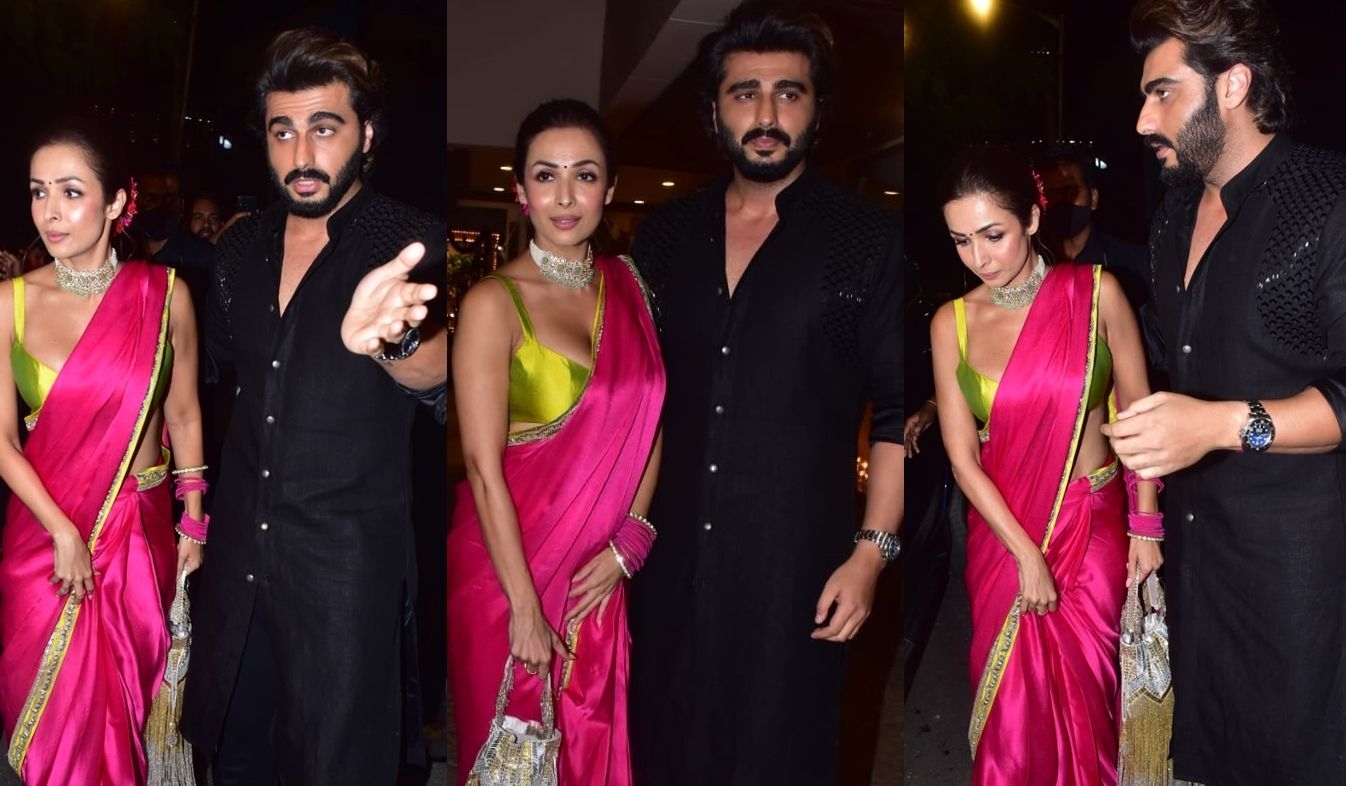 While Arjun opted for an all-black outfit, Malaika looked gorgeous in a hot pink saree and neon green sleeveless blouse with a plunging neckline.

As Malaika and Arjun exited Anil Kapoor’s residence, the paparazzi stationed to take pictures mobbed the diva. However, Arjun made sure his lady love was safely escorted to their vehicle.

Check out the video below.

Arjun Kapoor and Malaika Arora have been one of the most talked about couples in Bollywood. They have been dating for years now, and made their relationship official in 2019.

In a recent interview with Film Companion, Arjun opened up about dating Malaika and said that he keeps a respectful boundary and respects his partner.

The actor added that he doesn’t try to be overly talkative about his personal life, as he believes that respecting the partner’s boundary is important as there is a past.

He also opened up on being in a situation where things pan out publicly and it's not always very nice as the kids are affected.

He stated that he cares about Malaika’s comfort and respects her in every possible way. Arjun said he also ensures that his career should not hinge on his relationship and emphasizes on the need to create boundaries.

Earlier, Arjun had opened on his wedding plans with Malaika and had stated that the it is not on the cards for them as of now. "Not planned and not thought about it right now, but like I always say, I will not hide it," the actor was quoted saying.

Malaika was previously married to actor-producer Arbaaz Khan, with whom she has son Arhaan.

On the work front, Arjun currently has three films lined up -- 'Ek Villain Returns', 'Kuttey' and 'The Lady Killer'. 'All I want is to make you smile': Arjun Kapoor's special birthday wish for Malaika Arora