Angad Bedi shared an adorable video on Instagram, on Tuesday afternoon, in which he can be seen kissing his wife, actress Neha Dhupia
FPJ Web Desk 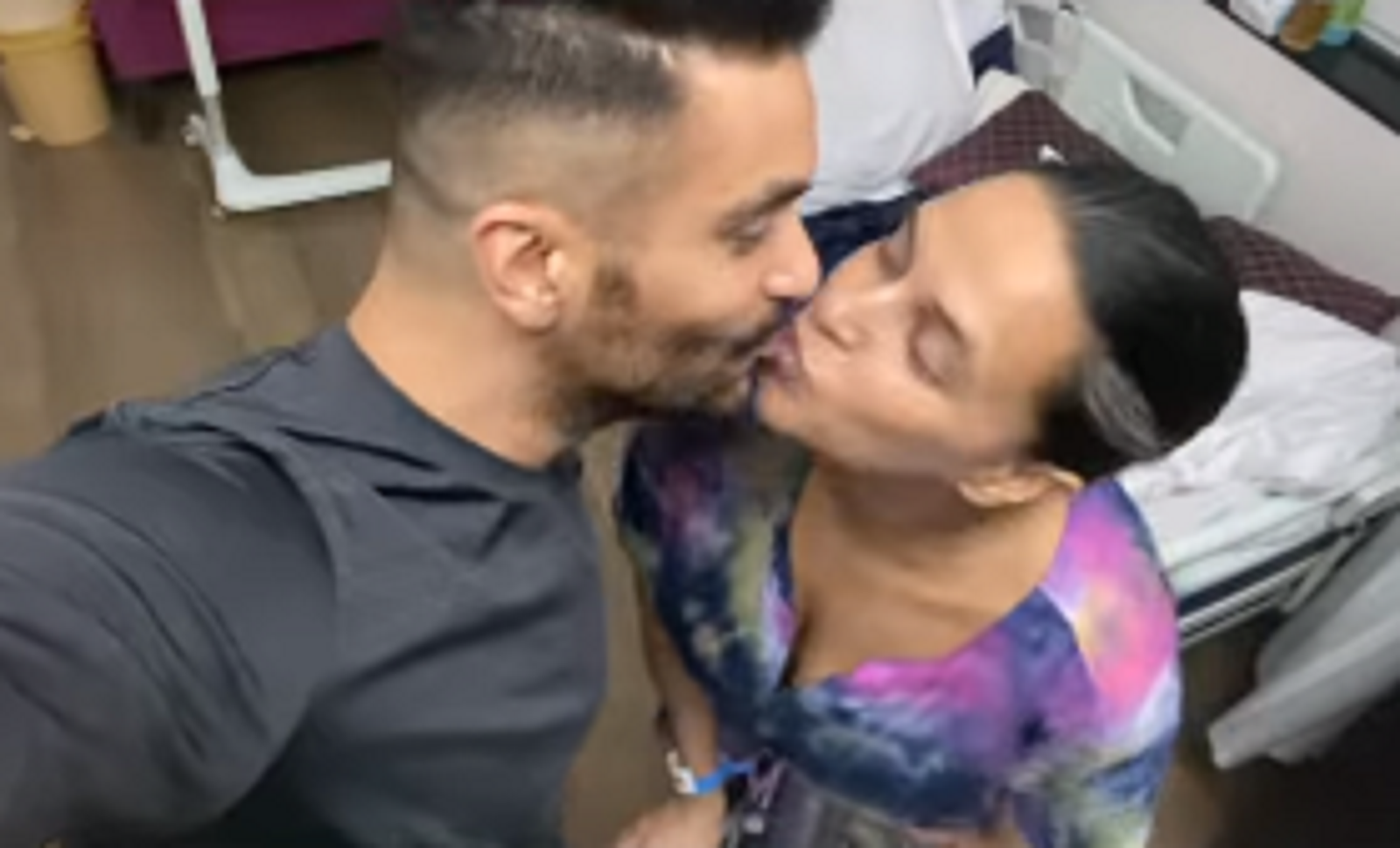 Actor Angad Bedi shared an adorable video on Instagram, on Tuesday afternoon, in which he can be seen kissing his wife, actress Neha Dhupia.

Neha and Angad welcomed their second child, a baby boy, on October 3.

Taking to the photo-sharing app, Angad shared a video from the hospital. In the clip, he can be seen goofing around and after sharing a kiss with Neha, he says, "That's how you steal a kiss when her parents are around."

It shows the actor recording his and Neha's activities and saying, "Badi der se try kar rahe hain… (we have been trying for quite some time)."

On noticing Angad, Neha asks him, "What do you want?" and he says, "Aaja, aaja (Come here)," and they then kiss.

Moments after he shared the post, fans and celebrities including Harshdeep Kaur, Tahira Kashyap and Siddhant Chaturvedi, commented on it.

Angad had announced the birth of his son on Instagram by sharing a throwback picture from a photoshoot with Neha.

Along with the photo, Angad announced the news and shared that both the mother and the baby are healthy.

"The almighty today blessed us with a baby boy. Both Neha and the baby are well. Mehr is ready to pass on the "baby" title to the new arrival. #Bedisboy is here!!!!! Waheguru mehr kare @nehadhupia," he wrote the caption.

The couple announced the news of Neha's second pregnancy on July 19. 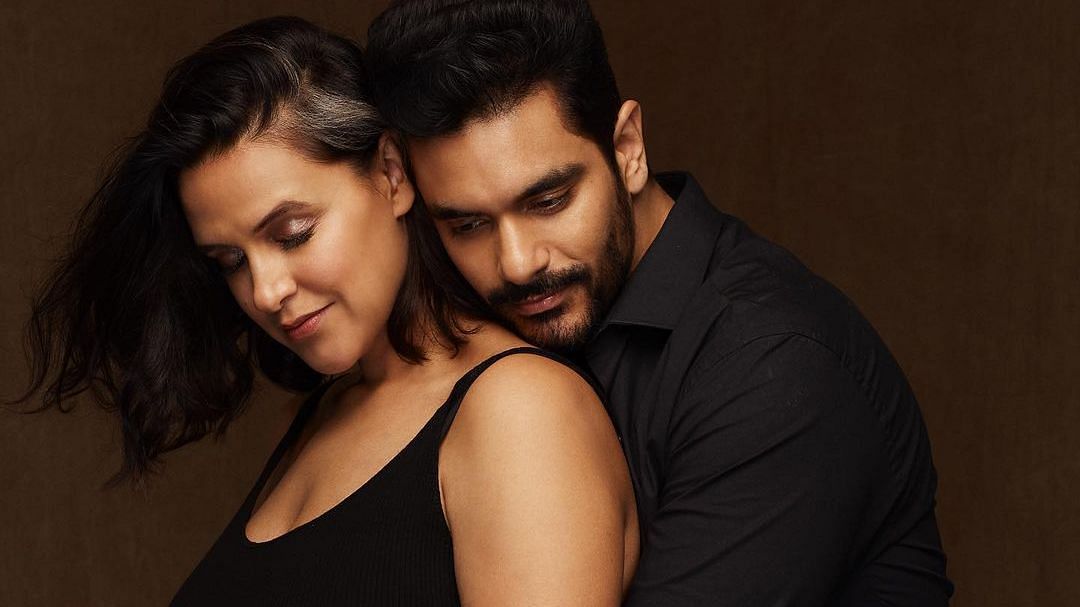