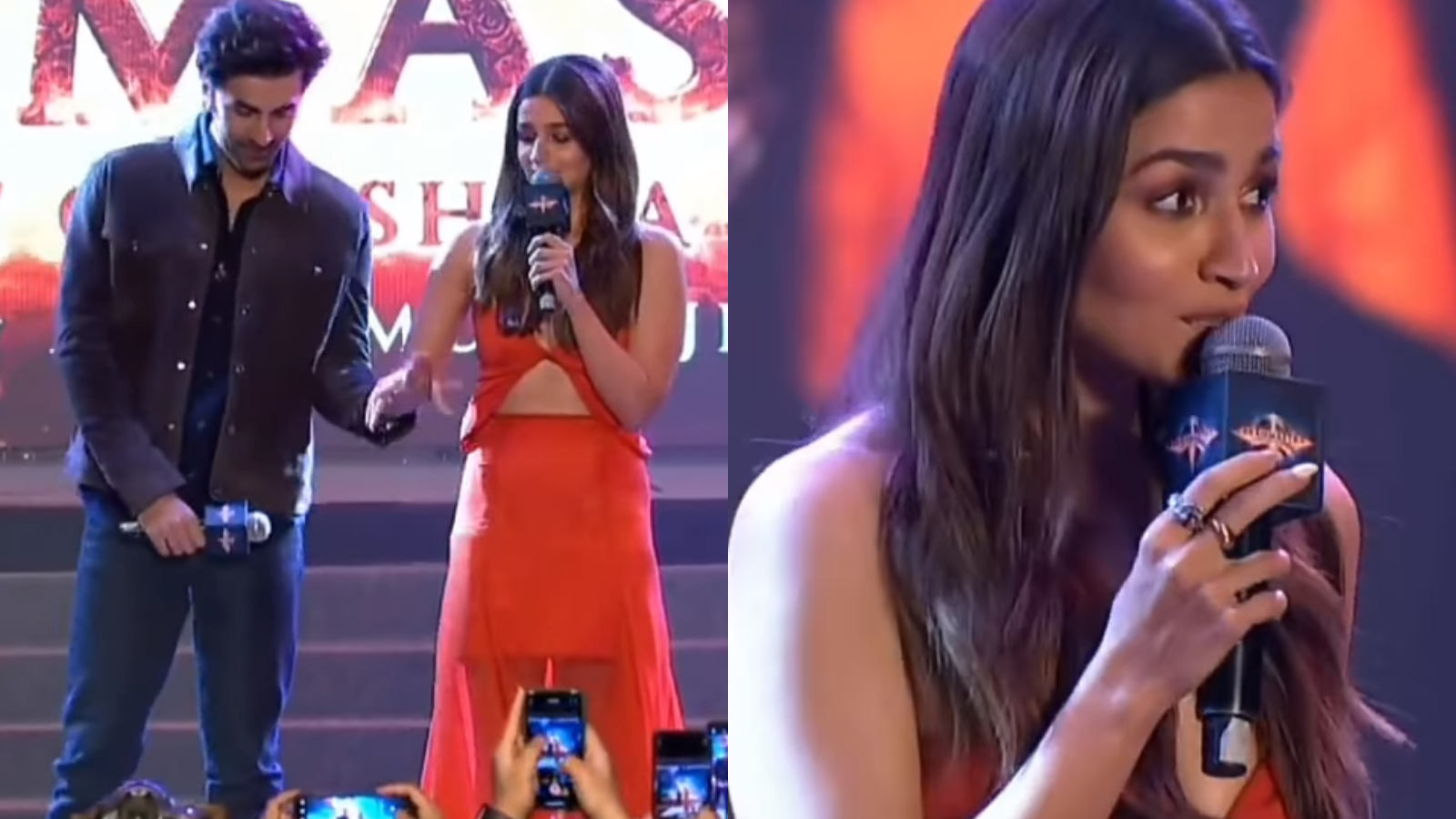 The lovebirds made a public appearance together after over a month.

During the event, the actors took over the stage and entertained the audience with their sweet banter.

At one point, Ranbir asked Alia how she is feeling. To this, the actress replied, "It’s too much. I am extremely emotional. It’s overwhelming and exciting."

Ranbir then joked, "But why are you emotional? You are not even on the poster yet." While this made Alia’s jaw drop, she gave a sassy answer and said, "Because you are on the poster, baby, of course, I’ll be emotional."

During the Q&A session, one inevitable question which was also asked by a fan to Ranbir. It was, "When will you marry Alia, or someone else?"

To this, the actor wittily replied, "Haven't we seen a lot of people getting married in the last one year? I think we should be happy with that."

However, turning towards Alia, he added, Humari kab hogi?" A visibly blushing Alia replied by saying, "Why are you asking me?" Ranbir quickly responded that he was asking Ayan, who was standing next to Alia. Video: Ranbir Kapoor reacts to fan who asked when he is marrying Alia Bhatt - here's what the...

For the event, while Ranbir wore a black t-shirt with blue jeans and a jacket, Alia looked stunning in a red outfit.

It is also rumoured that superstar Shah Rukh Khan has a cameo in the film. It is produced by Karan Johar and is set to release on September 9, 2022.